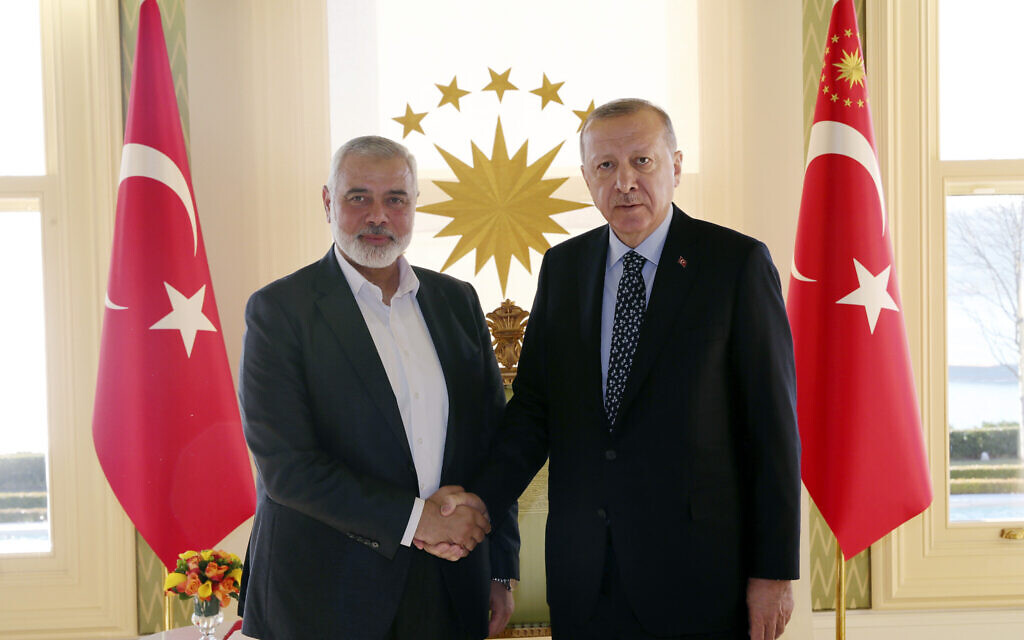 The US State Department on Tuesday condemned Turkish President Recep Tayyip Erdogan for hosting two leaders of the Hamas terror group in Istanbul over the weekend.

Erdogan met with a Hamas delegation that included politburo chief Ismail Haniyeh and the terror group’s No. 2, Saleh al-Arouri — a top military commander who has a $5 million US bounty on his head.

“President Erdogan’s continued outreach to this terrorist organization only serves to isolate Turkey from the international community, harms the interests of the Palestinian people, and undercuts global efforts to prevent terrorist attacks launched from Gaza,” Foggy Bottom said in a statement.

“We continue to raise our concerns about the Turkish government’s relationship with Hamas at the highest levels. This is the second time President Erdogan has welcomed Hamas leadership to Turkey this year, with the first meeting occurring February 1,” it added.

Turkey’s government is a key backer of Hamas, which the US has designated a terror group. Nonetheless, Erdogan and US President Donald Trump are thought to have a close working relationship.

During a prerecorded session with freed American captives from around the world, which aired Monday at the Republican National Convention, Trump told a pastor who had been held in Turkey that Erdogan had been “very good” to him.

Earlier this month, The Telegraph reported that Turkey was in the process of granting citizenship to high-ranking Hamas members living in its territory who are suspected of involvement in directing terror attacks.

Of the 12 senior members of the cell, most have already been given citizenship, the British daily reported.

A senior source told the paper that seven have already received citizenship and passports while the other five are in the process of doing so. Some of the cell members are living in Turkey under aliases. In some cases citizenship has also been granted to the families of the Hamas members.

One of those who has apparently received citizenship is Zacharia Najib, who reportedly oversaw a plot to assassinate senior Israeli public figures, including the national police commissioner and Likud MK Nir Barkat, who at that time was mayor of Jerusalem. An East Jerusalem Palestinian who was recruited to the cause in a meeting in Istanbul was arrested, after he returned to Israel and tried to buy a pistol. 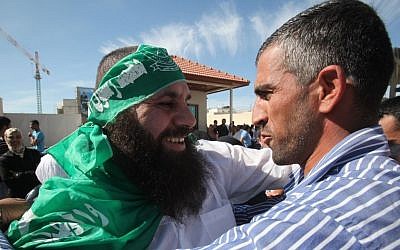 A Turkish government spokesperson declined to comment to the Telegraph about the report, describing it as a baseless claim against Turkey by a foreign government.

A senior Hamas official denied the report, saying the group’s members do not operate outside of the Palestinian territories and also do not engage in terror activities.

Turkish citizens can already travel visa-free to a variety of countries, and according to the Telegraph, Turkey is working to obtain similar access to European Union countries.

Hamas is feared to be planning attacks against Israelis in Europe, the Telegraph said, and Turkish citizenship would enable its members to travel more easily.

Turkey sees Hamas as a legitimate political movement. The country has long maintained warm ties with Hamas, which have grown more overt as ties with Israel have chilled over the last decade. Israel has complained to Ankara about its ties to Hamas, but to no avail, according to the report.

In December 2019 the Telegraph cited Israeli sources as saying that Turkey is allowing Hamas members to plan attacks on its soil. Israeli officials told the paper at the time that Turkey has reneged on its 2015 commitment, negotiated by the US, not to allow Hamas officials to plot terror attacks against the Jewish state from its territory.

Hamas and Erdogan’s AKP party are linked politically. Both have close ideological ties to the Egyptian Muslim Brotherhood movement.