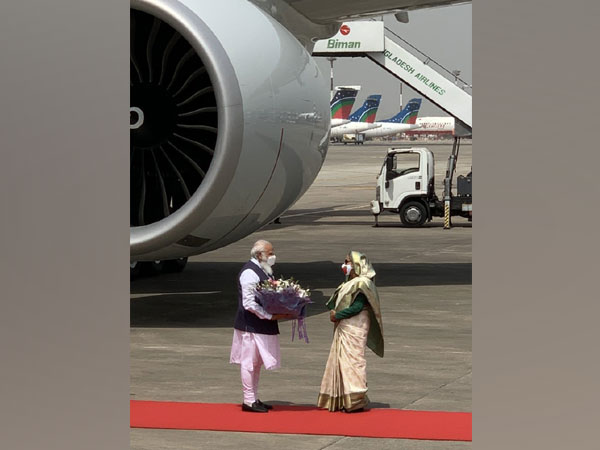 The twelve hours nationwide Bharat Bandh by the Samyukta Kisan Morcha (SKM) was also highlighted on page in one of the publications.
Hindustan Express: The newspaper prominently reported about Prime Minister Narendra Modi’s visit to Bangladesh. It also reported that Sheikh Hasina welcomed PM Modi at Hazrat Shahjalal International Airport in Dhaka.
The publication leads with the nationwide dawn-to-dusk call of Bharat Bandh by the Samyukta Kisan Morcha (SKM). It reported that most states including Punjab, Haryana, and Rajasthan were affected while other states witnessed a mixed reaction.
It also reported that 30 Assembly seats across five districts of West Bengal will go to the polls today in the first phase of Assembly elections.
Inquilab: The publication leads with the fire incident at a COVID-19 hospital on the third floor of a mall in Mumbai’s Bhandup area in which 11 people lost their lives.
The news of Maharashtra imposing a night curfew from tomorrow was also highlighted prominently.
It also carried the news of the Supreme Court ordering the transfer of mafia don and BSP MLA Mukhtar Ansari from Ropar jail in Punjab to Banda jail in Uttar Pradesh within two weeks.