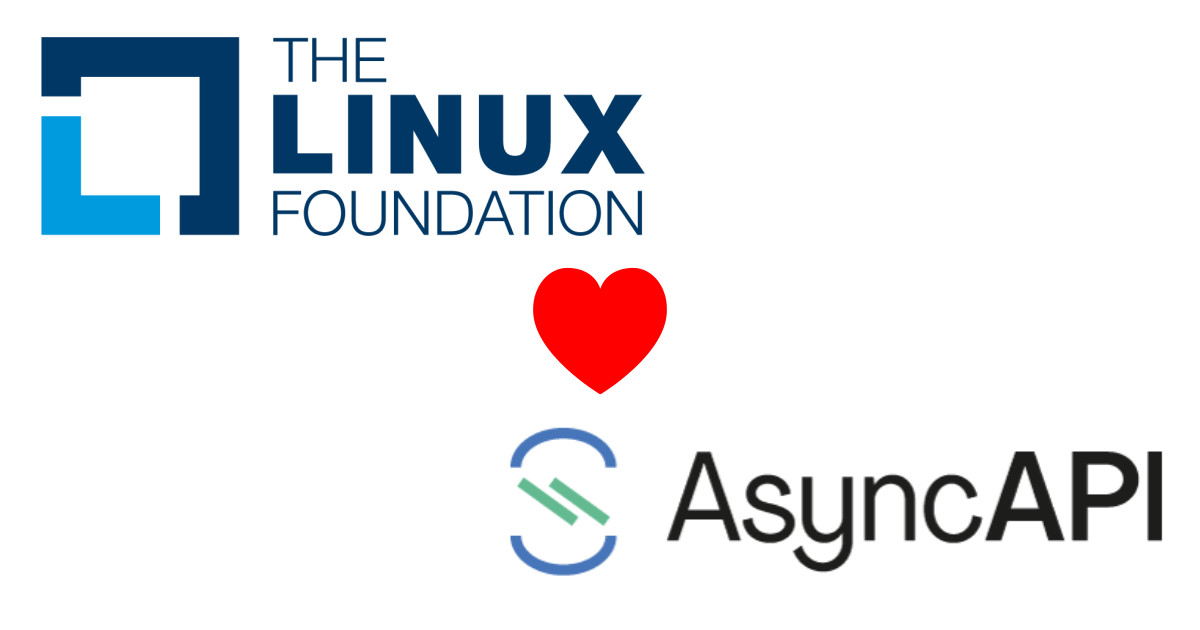 The Linux Foundation announced today that it would host the AsyncAPI Initiative. It will provide a forum where individuals and organizations can advance AsyncAPI and nurture collaboration in a neutral platform that can support the growth that AsyncAPI is experiencing.

Fran Méndez, the founder of AsyncAPI, commented about the move:

As the growth of AsyncAPI skyrocketed, it became clear to us that we needed to find a neutral, trusted home for its ongoing development. The Linux Foundation is without question the leader in bringing together interested communities to advance technology and accelerate adoption in an open way. This natural next step for the project represents the maturity and strength of AsyncAPI. We expect the open governance model architected and standardized by the Linux Foundation will ensure the initiative continues to thrive.

“AsyncAPI joining the Linux Foundation is the final cornerstone in the foundation of the open-source event-driven API specification,” said Kin Lane, chief evangelist at Postman. “Laying the foundation for defining the next generation of API infrastructure beginning with HTTP request and response APIs, but also event-driven approaches spanning multiple protocols and patterns including Kafka, GraphQL, MQTT, AMQP, and much more. Providing what is needed to power documentation, mocking, testing, and other critical stops along a modern enterprise API lifecycle.” AsyncAPI recently announced a partnership with Postman to boost the development of Asynchronous APIs.

AsyncAPI is an open specification meant to be an industry standard for defining asynchronous APIs. It helps unify documentation automation and code generation and manages, testing, and monitoring asynchronous APIs. The specification provides a language for describing event-driven systems’ interface regardless of the underlying technology and supports event-driven architecture’s complete development cycle. Currently, AsyncAPI is in production at Adidas, PayPal, Salesforce, SAP, Slack, and others.

InfoQ spoke with Chris Aniszczyk, VP developer relations at The Linux Foundation, about the announcement.

InfoQ: Why did the Linux Foundation choose to support the AsyncAPI initiative?

Chris Aniszczyk: First, The Linux Foundation already hosts various API-related projects and organizations like the OpenAPI Initiative and the GraphQL Foundation, so the AsyncAPI Initiative has a natural fit next to other widely used API-related technologies. Second, the Linux Foundation provides various services to accelerate the growth of specifications, from our ability to propose international standards to supporting our projects through services such as events and mentorships.

InfoQ: What can developers expect from the cooperation between AsyncAPI and the Linux Foundation?

Aniszczyk: In the beginning, we will ensure that the community has a neutral home for all of its assets as the AsyncAPI project is more significant than just one company or individual. We will work closely with the AsyncAPI community and collaborate on a plan to grow its impact. The initial steps will encourage the community to offer mentorships to expand the contributor base and collaborate with other Linux Foundation-related API projects through venues like the API Specifications Conference coming up in September 2021.

InfoQ: Would you recommend that organizations dealing with asynchronous communication invest their time in AsyncAPI? Why?

Aniszczyk: If your organization isn’t dealing with asynchronous communication at scale, then you may not need to worry about taking advantage of AsyncAPI. However, with the rise of cloud-native architectures and microservices, we see more event-driven architectures.

Also, REST APIs have a fantastic standardized documentation solution via OpenAPI, which has allowed a wonderful ecosystem of tooling to improve developer efficiency. Event-focused APIs are different and need a more optimal solution that covers the caveats of event-driven architectures.

This is where AsyncAPI fits in and aims to offer the same standardization that has driven powerful tools and developer efficiency in the OpenAPI ecosystem, on top of aiming for some basic compatibility with OpenAPI schemas. The AsyncAPI Initiative has excellent documentation available for folks to learn more about event-driven architectures and what advantages there may be, especially if you’re familiar with OpenAPI already.