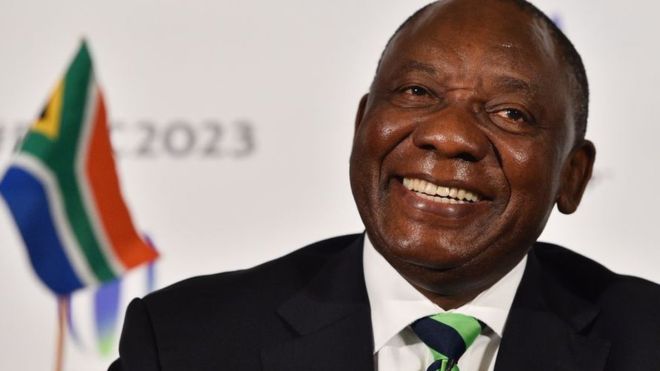 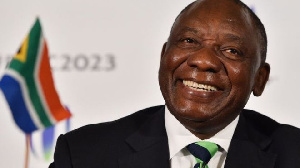 South Africa’s President Cyril Ramaphosa is happy about the promise made by nations at the G7 meeting in Britain on Sunday, June 13 — to donate at least 1 billion coronavirus vaccines to countries in less favourable situations.

Although he questioned why only one African nation was invited to attend the summit, the South African leader nevertheless welcomes the pledged assistance that will be beneficial to many countries on the continent.

“We brought a message here that we would like to have access to the vaccines as well, so that the people of Africa, from whom only 2% have now been vaccinated as opposed to much higher percentages in the North, should also be vaccinated.”

“We also raised the issue of giving capacity and capability to countries in the developing economies to be able to produce their own vaccines, so that it would continue to be the preserve of G7 countries.”

It may now be at two billion vaccines — but still, the overall total pledge falls short by the 9 billion more than health organisations state will be necessary to vaccinate the world’s population.

Here are highlights from the 25-page summit communique issued by the leaders of Britain, Canada, France, Germany, Italy, Japan and the United States:

Vowing to end the pandemic and prepare for possible future outbreaks, the G7 leaders committed to donating one billion vaccine doses over the next year.

That takes their total overall pledges to two billion shots — falling far short of the 11 billion that health organisations say will be needed to vaccinate the world.

The allies adopted a pact — the “Carbis Bay Declaration”, named after the resort in Cornwall where they met to strengthen their collective defences against future health threats.

It aims to improve early warning systems and support a bid to be able to develop safe and effective vaccines, treatments and virus tests within 100 days.

The group promised a “green revolution” that cuts emissions, halts and reverses biodiversity loss — all while creating jobs — ahead of the key COP26 UN climate summit in November.

Reaffirming prior pledges to going carbon neutral by 2050, the leaders agreed to halve their collective emissions by 2030 from 2010 levels.

They vowed to phase out the use of “unabated coal” — fuel whose emissions have not gone through any filtering — “as soon as possible”.

Issuing a “nature compact”, they also pledged to conserve or protect at least 30% of the world’s land and ocean waters by 2030.

“We acknowledge our duty to safeguard the planet for future generations,” they said.

But environmental groups were highly critical, with Greenpeace saying the communique had “failed to set us up for a successful COP26”.

Building on a deal struck last week by G7 finance ministers, the leaders endorsed a plan to introduce a global minimum corporate tax rate of 15 percent, to reverse what they called “the race to the bottom”.

The allies said they would sustain their pandemic recovery plans with continued investment, “shifting the focus of our support from crisis response to promoting growth into the future”.

They promised to create jobs, invest in infrastructure and drive innovation, noting past failures after global crises.

“We are determined that this time it will be different,” they vowed.

However, economists — as well as aid groups, have warned that the rich world must better support the broader global recovery.

The summit — the G7’s first in-person in nearly two years due to the pandemic — saw US President Joe Biden push for a stronger collective stance towards China and Russia.

In a direct bid to counter Beijing’s “Belt and Road” infrastructure initiative, launched in 2013, the grouping announced its own “Build Back Better World” (B3W) drive to invest in poorer countries.

The US also led the group to call on China to “respect human rights and fundamental freedoms”, referencing alleged forced labour practices in its western region of Xinjiang and the rolling back of freedoms in Hong Kong.

The G7 backed Taiwan and demanded freedom of navigation in the South China Sea, where Beijing has been installing a string of naval bases.

The leaders decried repression in Belarus and military-ruled Myanmar, and urged “a sustainable, inclusive political settlement” in Afghanistan as US-led NATO forces pull out after two decades of war.

The bloc pledged to “hold to account those within its borders who conduct ransomware attacks, abuse virtual currency to launder ransoms, and other cybercrimes”.

They also expressed their support for G7 member Japan’s hosting of the pandemic-delayed 2020 Olympic and Paralympic Games in Tokyo.