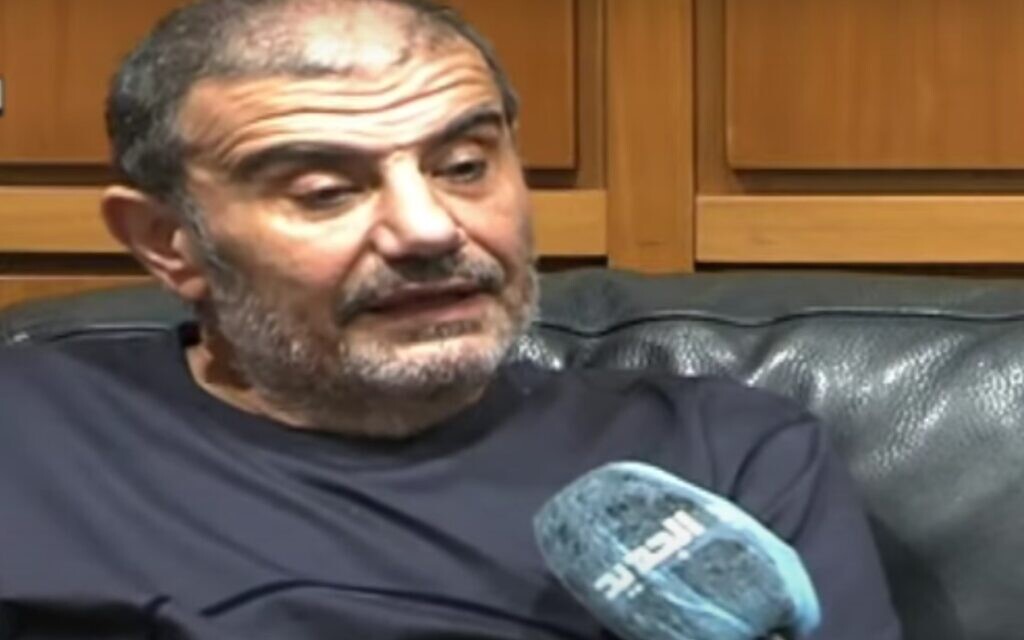 AP — A prominent Lebanese singer and composer known for his strong opinions said he has been deported from Saudi Arabia after a 50-day detention — mostly in solitary confinement — because of opinions expressed online in support of Lebanon’s president and his ally the Iran-backed Hezbollah.

Samir Sfeir arrived in Beirut Thursday from Saudi Arabia. He looked haggard and grizzled— having lost his trademark long black bob. He also said he was forgiving of the authorities in Saudi Arabia, telling The Associated Press in a telephone call that he is holding no grudge.

Sfeir, who had residency in the kingdom for five years, said he is now banned from returning.

“I was bothered by the manner. I wish they just told me to leave and not come back. I would have done it,” he said.

Sfeir said he was “a political prisoner” in the kingdom and his captors only questioned him on political issues, including his links to Hezbollah and President Michel Aoun. No charges were pressed, he said.

“My investigator told me that I am making political statements,” Sfeir said. “In their system, they don’t have such thing. They disapproved.”

After several interrogation sessions by different Saudi investigators, Sfeir was released and sent to Lebanon. Other than solitary confinement, Sfeir said he was treated respectfully. His wife, Marie, told a local TV station that Sfeir refused to eat in the first days of his detention and didn’t have his medicine.

There was no official comment from Saudi Arabia about the reasons and conditions of his detention and release.

Sfeir’s detention raised concerns at home that he was the latest victim of rising tension between Lebanon and its traditional ally, Saudi Arabia, which has increasingly used pressure, instead of assistance, in dealing with the small Mediterranean country where the Iran-backed Hezbollah dominates.

Only last month, the kingdom barred all fresh produce arriving from Lebanon from entering Saudi Arabia after drug smuggling was found in such shipments. It was a sharp measure that dealt a major blow to one of the main sources of foreign currency to the embattled Mediterranean country.

Tension between the two regional powerhouses — Saudi Arabia and Iran — often translated into a deadlock in decision-making in Lebanese politics. Saudi Arabia, which is seeking new allies in Lebanon, has imposed sanctions on Hezbollah, labelled a terrorist group by the United States and other Gulf countries. 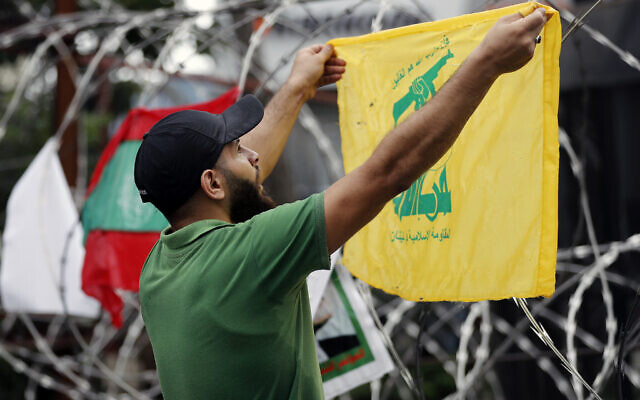 Illustrative: A Hezbollah supporter chants slogans as he holds his group’s flag during a protest against US involvement in Lebanon’s affairs, near the US embassy in Aukar, northeast of Beirut, Lebanon, July 10, 2020. (AP Photo/Hussein Malla)

Sfeir said he was the victim of an online smear campaign that used his old tweets and TV comments which he claimed were misrepresented to appear offensive to the kingdom. Sfeir said his investigators viewed some of his statements as offensive to Lebanon’s army.

Sfeir is known for his political statements in the media and on other platforms to criticize opponents of Aoun, and has expressed his unwavering support to Hezbollah as a defender of the country’s unity. He said the alleged smear campaign was launched after he posted a picture of himself receiving a vaccine in Saudi Arabia — something his detractors thought he did not deserve.

“Social media and electronic flies (armies) are ruining things,” he said. “They asked me many questions… They said, I am not allowed to be offensive to any Arab country.”