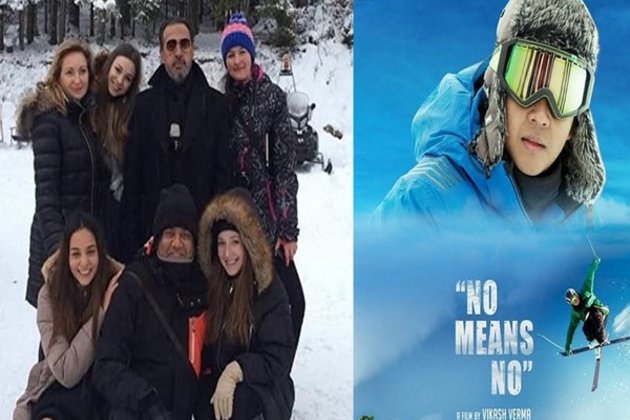 Poland, the logistical and cultural country with snow-clad mountain ranges is a home for winter sports. Their first co-production film with India is a sports thriller revolving around skiing and is an ode to Winter Games. Titled as No Means No, the film has been shot in three languages – Polish, English, and Hindi, with an eminent and influential Indian Vikash Verma, who is the chairman of G7 Securitas Group and G7 Films and was also, at one time, India’s ranking sportsman apart from being a zealous sports lover even today.

To commemorate its first Indo-Polish sports adventure drama, the film will have an impressive global release close on the heels of the XXIV Olympic Winter Games (a major international sports event held every four years in different countries); in Beijing – the capital of China from 4-20 February 2022.

Deputy Prime Minister of Poland Professor Piotr Glinski, who is in charge of the culture ministry too, had played a key role in the movie’s making. Other political dignitaries include Adam Burakowski, the ambassador of Poland to India, based in Delhi, and Damian Irzyk – Consul General of the Republic of Poland in Mumbai has also facilitated this dream project. Malgorzata Pepek, Member of Parliament, Poland, chairwoman of the Polish and Indian Parliament is convinced that this film will lead to interesting projects in the future; while Ajay Bisaria, former Indian Ambassador to Poland (now High Commissioner to Canada) had underlined the cultural connection and friendship between the two countries.

Minister Subodh Kant Sahay who represented the Ranchi constituency of Jharkhand and a member of the congress and the then Cabinet Minister for Tourism also saw this joint venture as a milestone in the history of Indian cinema.

“The Olympic Games including the Winter Sports have long been an event of economic and political importance. Hosting the Olympics is a true test for a city’s claim for global recognition. International co-production helps globalization and cultural diversity. Sharing resources with creative and technical participation makes the film more accessible to more than one national market. It helps in promoting tourism too. We have interesting skiing sequences and filming in virgin and picturesque locales of Poland was an exhilarating experience,” informs Vikash Verma, the Indian co-producer and director.

Embarking on his ambitious debut project Vikash Verma recalls his experiences and challenges he had to face during the entire shooting schedule. “We had faced harsh climatic conditions and it was challenging with both Indian and Poland artists and technicians braving it all. We shot more than 80 percent of the film at ethereal places such as snow-clad Polish mountains, nearby ski-sport towns, and especially in the town of Bielsko-Biala (little Vienna) which is now glorified on its road maps.””The film introduces newcomer Dhruv Verma, as the main protagonist, who is well-trained in all actions and is a sportsman too. As the story moves on, he goes to Poland to be a part of the skiing championship. What happens next forms the whole crux of the film with thrills, dare-defying action, and hair-raising sequences,” he further added.

This sports drama No Means No is all set to strengthen the bilateral relations of these two countries and its international release will optimize the exhibition market not only in the domestic sectors but across the globe.

This story is provided by PNN. ANI will not be responsible in any way for the content of this article. (ANI/PNN)