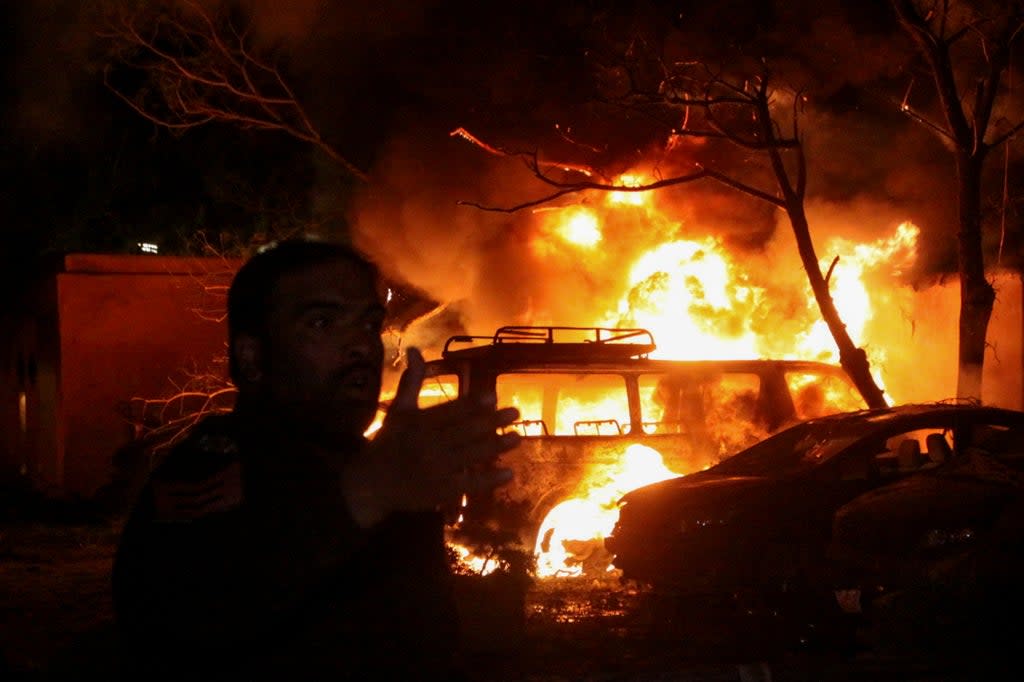 The explosion outside the Serena Hotel in Quetta took place late Wednesday night local time in the city, which is the capital of Balochistan province, which has witnessed a decades-long insurgency by separatists.

Footage and images from the scene show thick smoke from the blast as vehicles can be seen ablaze in the hotel’s car park.

According to officials, rescue work and investigation is ongoing.

“This incident occurred after Iftar (breaking of fast). The car was parked in the parking lot of the Serena Hotel,” said Balochistan’s provincial home minister, Ziaullah Lango, according to Reuters. “One of our police constables is among the injured.”

Two people who died in the attack reportedly worked as security guards at the hotel. According to officials quoted by local media, all guests at the hotel were safe.

Soon after the bomb attack, the Taliban, a militant group known as Tehreek e Taliban Pakistan (TTP), issued a statement taking responsibility and stating that their target were police officials.

He was staying at the hotel but was not present at the time of the blast, Pakistan’s interior minister, Sheikh Rashid Ahmad, said, according to Reuters.

The Pakistani Taliban did not mention the Chinese ambassador in its statements.

China’s foreign ministry spokesperson in a statement condemned the bombing and confirmed there had been no reports of casualties or injuries among China’s delegation in the region, Reuters reported.

Balochistan’s provincial home minister, Ziaullah Lango, also told reporters that Mr Nong’s visit in Quetta would continue on Thursday and he was “in high spirits”.

Delhi reduces Covid tests even as infections surge, leading to warning from doctors

‘This is a total collapse’: India’s healthcare system reels as Covid ravages country

Covid infection rates soar in Nepal, with India being blamed