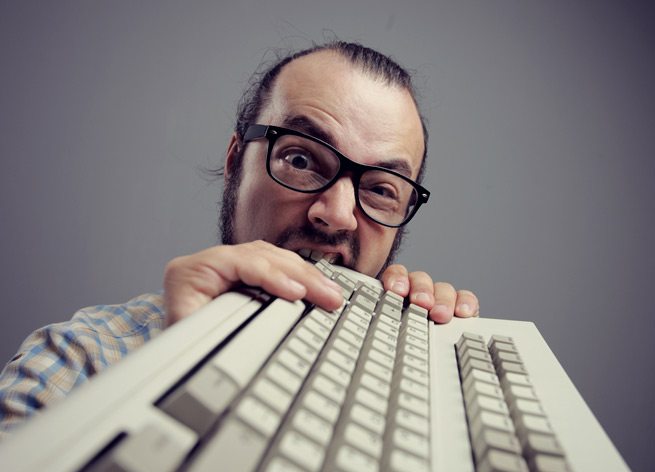 If you’ve ever had online meetings that use Cisco’s WebEx or Citrix’s GoToMeeting platforms, you’ve probably had the same question I have every time I use them: “Why are we still using these sluggish, outdated apps?”

Both WebEx and GoToMeeting are dinosaurs in the realm of web conferencing. Both require you to download software almost every time you want to do a meeting. Both also take a long time to load, and I’ve had many meetings where highly intelligent tech executives couldn’t even get on a call.

Enough with the madness. There are plenty of excellent, more modern alternatives. I’ve listed six below.

But first: I’m not alone in my frustration. Numerous tech CEOs, PR executives, and journalists have all told me about their distaste for WebEx and GoToMeeting. Most of these folks have been unwilling to share their opinions publicly, but some people are at least willing to loudly stand by their opinions.

Editor’s note: WebEx and GoToMeeting are often used because they’re considered “safe” in enterprise environments. Our upcoming CloudBeat conference, Sept. 9-Sept. 10 in San Francisco, will be tackling revolutionary cases of enterprise cloud usage, including how enterprises are integrating faster, slicker cloud solutions. For example, we’ll feature a session on media integration, including video-based collaboration with the CEO of SimpleSignal, a cloud-based unified communications and collaboration startup. Register today!

For example, Jacob Brody, a VC with MESA+ and a former VentureBeat writer, told me he will not talk to startups that demand to use WebEx or GoToMeeting for a web meeting with him.

“I hate GoToMeeting and WebEx,” Brody told me. “When people propose GoToMeeting or WebEx, I politely decline and ask them to use Google Hangout or Join.me. I just want to be able to click on a link and start our virtual meeting. I don’t want to waste time before/during or meeting downloading software.”

Robb Henshaw, the VP of communications at the travel startup GetGoing, also tells me he refuses to use GoToMeeting and WebEx. Instead, he does all of his meetings with journalists with Join.me.

“I’ve been using Join.me for years now because I have to give a lot of online demos,” Henshaw told me. “GoToMeeting and WebEx are clunky and not intuitive and take a lot of setup. If I’m on the phone and someone needs a demo right away, neither GoToMeeting or WebEx can let me give a demo immediately. I have a job that is real time, and neither of those solutions are.”

Now, I wouldn’t be upset about companies and marketing professionals using these tools if they were the only ones available for the task. For a good while, these tools were simply the best we could do. But now there are a lot of other options to choose from, and yet, we’re still doing a ton of our meetings with the same software.

Perhaps the reason so many people are still doing business with WebEx and GoToMeeting is that they have the biggest marketing budgets and the most visibility. GoToMeeting is so visible that when you search for competitors on Google, it always appears as an ad at the top of the search results.

So for those out there who may not know that alternatives exist, here are six options to use instead of GoToMeeting and WebEx:

AnyMeeting has been one of the quieter players in the web conferencing sector, but it’s solid service that has been pushing forward on the innovation front. Just two weeks ago, it announced that it had added WebRTC technology to its product so you don’t have to use Adobe Flash on some browsers. It has more than 400,000 users across its free and paid offerings.

FuzeBox offers HD video and audio conferencing across quite a few platforms, including PC, Mac, iPhone, iPad, and Android phones and tablets. While you still have to download the apps, the software is cleaner and more intuitive than WebEx and GoToMeeting — so much so that FuzeBox counts big names like Amazon, eBay, Disney, NASA, Evernote, Verizon Wireless, and Spotify as customers.

Yes, Google Hangouts doesn’t exactly scream business. But so what? Hangouts offers the capability to chat with up to 10 people on a video call for free. You may also collaborate on Drive documents while you talk on a Hangout. This is an especially attractive offer for all the small businesses out there that don’t want to pay for more software and for enterprises that already use Google Apps.

LogMeIn’s Join.me service is one of the strongest up-and-comers in the web-conferencing field. In my own tests, it works much faster than WebEx and GoToMeeting, but in most cases you do have to download the app once to start a meeting. If you are a participant on a call, however, you can join a meeting without a download — all the call organizer has to do is send you a link.

We talked with MeetingBurner last year and haven’t heard too much from the company since, but I recently spoke with CEO John Rydell, and he assures me his startup is very much alive and kicking. MeetingBurner uses the power of the cloud to make sure participants can hop on a call or webinar quickly without downloading software. You can host conference calls for up to 10 people for free without showing you ads, and if you need to conduct calls with even more attendees, it undercuts WebEx and GoToMeeting’s prices.

Zoom was founded in 2011 by folks from Cisco and WebEx who wanted to make a better video conferencing product. It offers HD video or voice conferences for up to 25 people, and it supports meetings on the web, Mac, Windows, iOS, and Android. It also includes a few extra nifty features that aren’t found on many competitors, including screen sharing from iPhone and iPad, a private cloud deployment option, and sharing a computer’s audio feed during screen sharing.