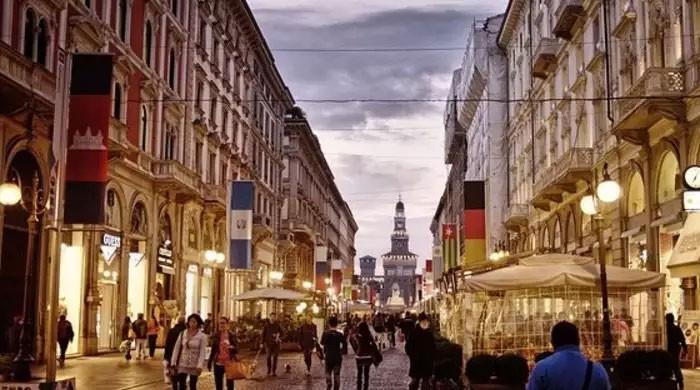 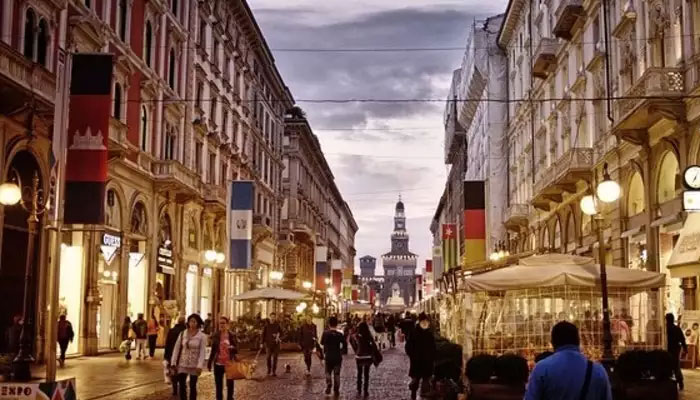 Rome: Italy will impose a five-day quarantine on travellers arriving from other EU countries, both residents and foreigners, a source in the health ministry said Tuesday.

Health Minister Roberto Speranza will approve a new rule later in the day, the source said, although it was not immediately clear when it would come into effect nor how long it would last.

Much of Italy remains under tight coronavirus restrictions as it battles a deadly third wave of infections, with the whole country facing a lockdown over the three-day Easter weekend starting on Saturday.

The new measure will require anyone arriving from another EU country to show a negative coronavirus test before departing for Italy and a second after five days of self-isolation. The only exceptions are for reasons of “proven necessity and urgency”, the ministry source told AFP.

A quarantine is already in place for visitors from numerous non-EU countries, while non-residents arriving from some other nations are prohibited from entry. However, the new regulation appears designed as much for foreigners as for Italians seeking an overseas break, after the government confirmed that current restrictions on movement did not include trips to the airport.

Italy was the first European country to face the full force of the pandemic and has officially recorded more than 108,000 deaths from Covid-19 so far. This includes 417 deaths reported in the 24 hours to Monday evening, when a further 13,000 new cases were recorded.

Meanwhile, Spain on Tuesday tightened face masks rules, making them mandatory outdoors and in all public places. Face masks have been obligatory since May 2020 but only in places where it was not possible to maintain at least two metres (6.5 feet) of social distancing.

The new law will come into effect on Wednesday once it is published in the official government gazette. In a related development, the United States led a chorus of concern from a group of nations on Tuesday over a WHO-backed report into the origins of the coronavirus in China, with accusations swirling that Beijing failed to give proper access to the investigators.

The US released a statement with 13 of its allies — Britain, Japan and Australia among them — saying the inquiry had lacked the data and samples it needed. World Health Organisation chief Tedros Adhanom Ghebreyesus had earlier made a similar criticism, saying the international team he dispatched to Wuhan had found it difficult to get raw data during the mission.

Neither Tedros nor the US-led statement mentioned China directly, but the country´s foreign ministry hit back at the perceived criticism from the WHO chief, saying that Beijing had fully demonstrated “its openness, transparency and responsible attitude”.

“To politicise this issue will only severely hinder global cooperation in study of origins, jeopardize anti-pandemic cooperation, and cost more lives,” the ministry said in a statement.

The European Union called the report a “helpful first step” and highlighted “the need for further work”, urging “relevant authorities” to help — but without naming China.

But Mike Pompeo, the former top US diplomat under Donald Trump, blasted it as a “sham” and part of a “disinformation campaign”, accusing the WHO of being in cahoots with the Chinese Communist Party. Trump had promoted a theory that the virus could have leaked from a lab in Wuhan, which the WHO-backed experts dismissed in their report. But Tedros stressed that “all hypotheses are open, from what I read from the report… and warrant complete and further studies”.

The pandemic has killed nearly 2.8 million people worldwide since it first emerged in Wuhan in late 2019, with several countries now battling new waves of infection and being forced to take drastic measures. Large numbers of lockdown-weary Germans have nevertheless booked holidays to Spanish tourist island Mallorca.

“I really needed a break, it´s hard to work at home without seeing anyone,” said 53-year-old Birgit Leeck on one of the island´s golden beaches. In France, hospitals were under pressure after partial regional shutdowns failed to keep the number of people in intensive care below its second-wave peak.

World leaders on Tuesday called for a new international treaty to better fight future outbreaks and for countries to be ready if — or when — another hits. “Together, we must be better prepared to predict, prevent, detect, assess and effectively respond to pandemics in a highly coordinated fashion,” they urged.

More than 20 countries — including Germany, France, South Korea and South Africa — signed up to the plea. Tedros had earlier urged the world to not waste any time in preparing for the next contagion.

“The time to act is now. The world cannot afford to wait until the pandemic is over to start planning for the next one,” the world health body chief told a virtual press conference. The expert report on the origins of Covid-19 concluded that the virus probably came from bats and jumped to humans from another animal.

The experts judged it “extremely unlikely” that the virus was grown in a lab, and were also unimpressed by Beijing´s theory that the virus did not originate in China at all but was imported in frozen food.