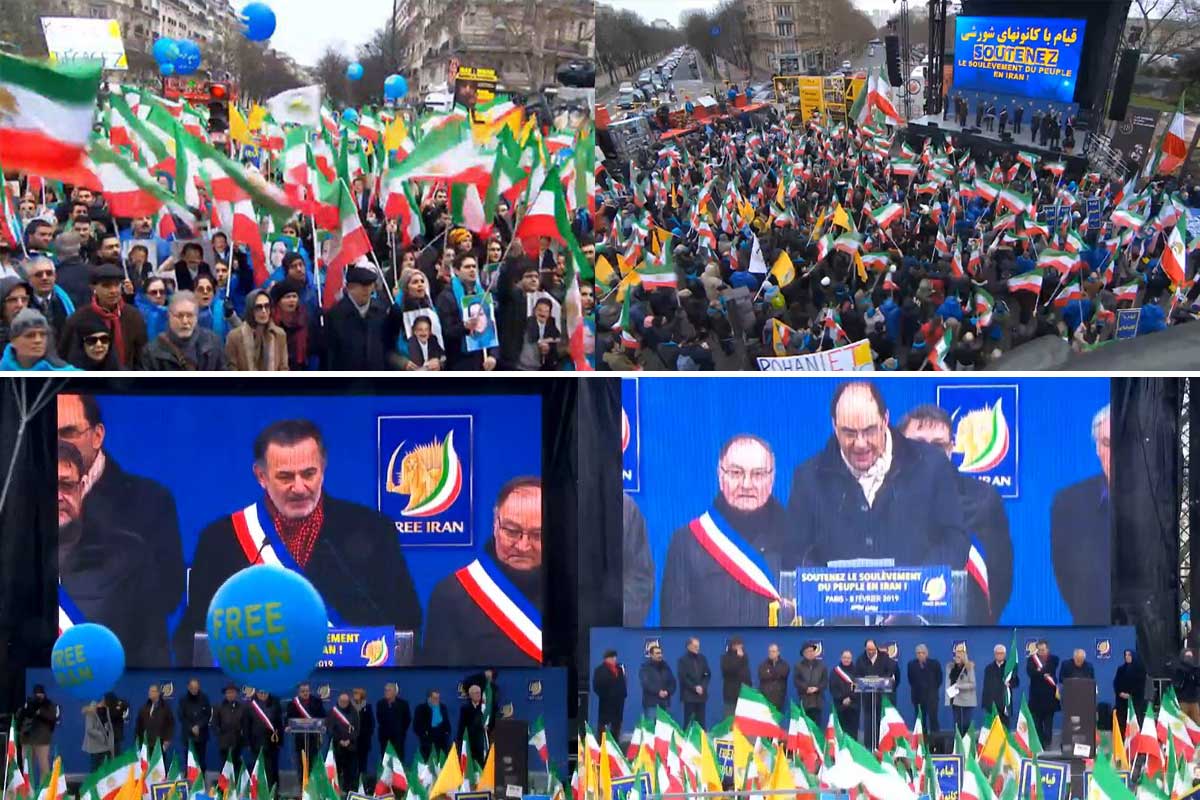 February 8, 2019, Paris: Iranians in Paris are holding a major demonstration against ongoing serious human rights violations in Iran and terrorist acts by the Iranian regime on European soil against its opponents.

Protesters will include supporters of the largest democratic Iranian opposition group, the People’s Mojahedin (PMOI), also known as the Mujahedin-e Khalq (MEK).

The rally takes place days before the 40th anniversary of the revolution that ousted the Shah. Today, the mullahs’ regime is facing incurable crises, protests and uprisings. The Iranian public demands fundamental freedoms.

The protesters in Paris represent the people of Iran who are opposed both to the Shah and to the current religious dictatorship. They stand in solidarity with the ongoing uprising in Iran, and they support opposition leader Maryam Rajavi’s vision for a future free and democratic Iran.

The demonstration in Paris’s Place Denfert-Rochereau has been organized by the French Committee in Support of Human Rights in Iran (CSDHI).

Several district mayors of Paris and human rights personalities are scheduled to address the rally.