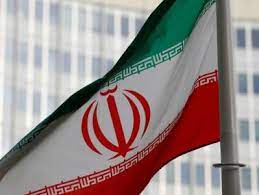 Iran and the Central African Republic (CAR) were stripped of voting power in the UN General Assembly due to non-payment of regular fees for two years, UN Secretary General Antonio Guterres said in a letter to the President of the 75th General Assembly Volkan Bozkir, TASS reported.

“Currently, there are five member states covered by the Article 19 of the UN Charter,” the document says. The article in question says that a member of the Organization that has a debt fee is stripped of voting right if the debt reaches or exceeds the amount of fees for two full years.

Besides Iran and the CAR, there are three other states in the list: Comoros, Sao Tome and Principe, and Somalia. However, the Secretary General underscores that these three countries will retain their voting right until the 75th Assembly is over.

The UN membership fee is defined based on a country’s average GDP during a 10-year period, with consideration of income per capita and foreign debt. A country may be allowed to vote if the General Assembly rules that the payment failure took place because of circumstances out of the state’s control.