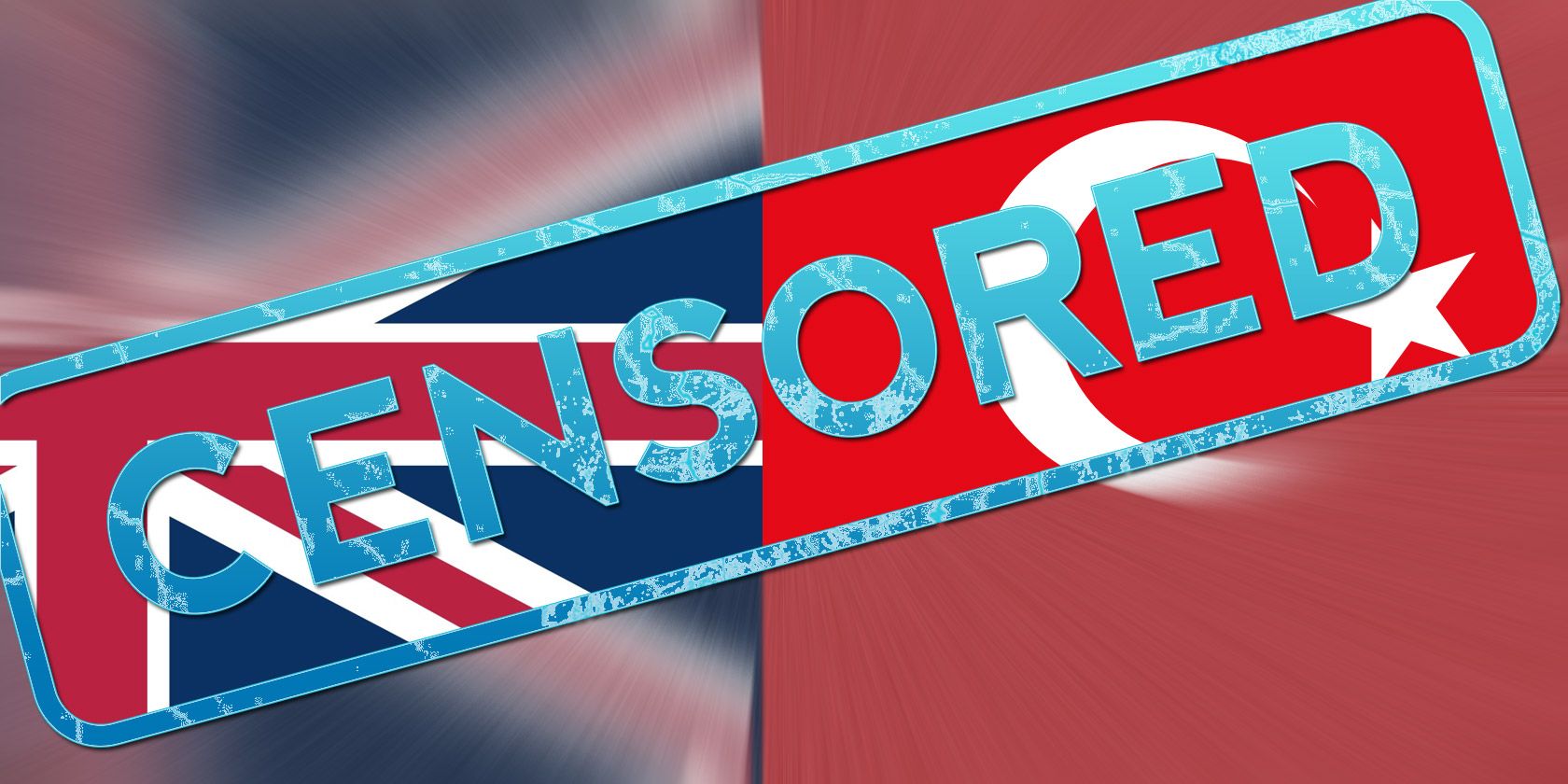 Governments are afraid of the Internet. It is the final medium where people can publish whatever they wish, to an audience of an infinite size. The Internet has brought down governments, unveiled corruption and is one of the most potent forces for freedom and democracy.

In Turkey, both Twitter and YouTube have been blocked at the ISP level, after allegations of corruption by Prime Minister Reycep Tayyip Erdogan was unveiled. The ban of Twitter was later overturned by the ruling of a constitutional court, although Erdogan is challenging this ruling.

Meanwhile in the UK, the ruling Conservative-Liberal Democrat coalition has mandated that ISPs implement mandatory opt-out filtering of all ‘objectionable content’. This has been hugely controversial, with the quality of the filters being questioned on multiple occasions, and the implementation described as another step towards censorship.

With this in mind, perhaps it’s time we took another look at how best to bypass Internet censorship, with a focus on these two countries.

Changing DNS Settings Won’t Save You

In the wake of Twitter being banned in Turkey, some took to the streets armed with red spray paint, and painted the address of Google free public DNS service everywhere they could. Initially, it effectively defeated the censorship of Twitter, largely because the initial way in which Twitter was blocked was actually quite rudimentary.

That didn’t last long. Turkish ISPs soon wised on and started hijacking Google DNS queries. The problem with changing your DNS records as a method of defeating censorship is that it’s easily countered. We have to try something different.

I’ve got a soft-spot for VPNs. I enjoy reviewing them. I like talking about them. Perhaps my favorite thing about VPNs is that they are actually a pretty powerful tool for fighting censorship, largely because people use VPNs for other things.

But how do they work? Simply put, you forward your network through a remote server, with the remote server acting as a go-between for you, and the wider Internet. Traffic is almost always transmitted with strong encryption, meaning that any third parties between you and the remote server cannot see what you’re up to.

Companies routinely issue VPNs to employees when they work remotely. VPNs are an easy way for companies to allow employees access to the internal network, without them having to actually be chained to a desk in the office. It also allows them to work from hotel or airport Wi-Fi without anyone being able to spy on their traffic.

As a result, it’s pretty much impossible to meaningfully ban VPN protocols without actively screwing over a lot of businesses. As a result, to this day, VPNs remain the most potent way to defeat Internet censorship.

If you’re looking for a VPN service, my colleagues have aggregated some of the best VPN products.

TOR (The Onion Router) is a censorship-resistant protocol for transmitting data without revealing the identity of the original sender. It was initially funded by the US Naval Research Laboratory, and has since received support from DARPA and the Electronic Frontier Foundation.

It uses something called Onion Routing which – in the most simplest of terms – works by forwarding network traffic through a myriad of hops, with all data being encrypted with a secure, strong cypher. Eventually, it reaches an endpoint, where it is then transmitted to the wider Internet

Make no mistakes. TOR is powerful. How powerful? Well, a site acting as Amazon for drug dealers, assassins and credit card fraudsters was able to operate openly in the United States for years. This site was called The Silk Road, and was felled only after a comprehensive off-line investigation by the US authorities.

TOR has been used by millions of people in order to access a free and open Internet. It doesn’t cost anything to use, and getting started with it isn’t difficult.

So, what’s the catch? Well, there are some pretty obvious flaws with TOR. Firstly, anyone can operate an endpoint. And anyone can sit on that endpoint and capture traffic. You see where I’m going with this, right? You’re dependent upon the person at the end-point being a decent, honest human being. Would you trust the entirety of your Internet traffic to one person?

Opting Out Of Censorship

In the UK, Internet filtering can be opted out of. All you need to do is phone up your ISP and explain that you’d like your traffic to be uncensored. You should really think twice about doing this.

Why? Well, when you opt out, you are effectively placing yourself on a list of people who have expressed a desire to see adult material. As we’ve seen in the past, some companies can be pretty careless about how they retain and store personal information. It could be incredibly damaging and embarrassing, should that list come out.

One thing we’ve not touched upon is the legal repercussions for circumventing censorship. Firstly, allow me to unambiguously state that I am not a lawyer. If you’re worried about any of the topics covered in this article, please speak to a legal professional.

But I do know that TOR and VPNs are not illegal. They’re protocols, and they have not been blocked by any court judgement or legislation in the United Kingdom.

Things get a bit more ambiguous when you release a product which intends to unblock a specific site which has been blocked by court order. An example of this was when the UK Pirate Party released a Pirate Bay specific proxy, which was taken down after a few months when the British Phonographic Industry threatened to begin proceedings against high-ranking members of the UK Pirate Party.

As a result, I’d encourage anyone concerned about the legality of their circumvention methods to speak to a trained, qualified legal professional.

The Internet has never been more threatened. Despite this, there are still guarantors of Internet freedom. We just need to be informed about them.

I’d love to hear your thoughts on this article. As always, drop me a comment below and let me know what you think.

Don’t ditch those old batteries – reuse them with these amazing DIY projects.

Matthew Hughes is a software developer and writer from Liverpool, England. He is seldom found without a cup of strong black coffee in his hand and absolutely adores his Macbook Pro and his camera. You can read his blog at http://www.matthewhughes.co.uk and follow him on twitter at @matthewhughes.

Please confirm your email address in the email we just sent you.