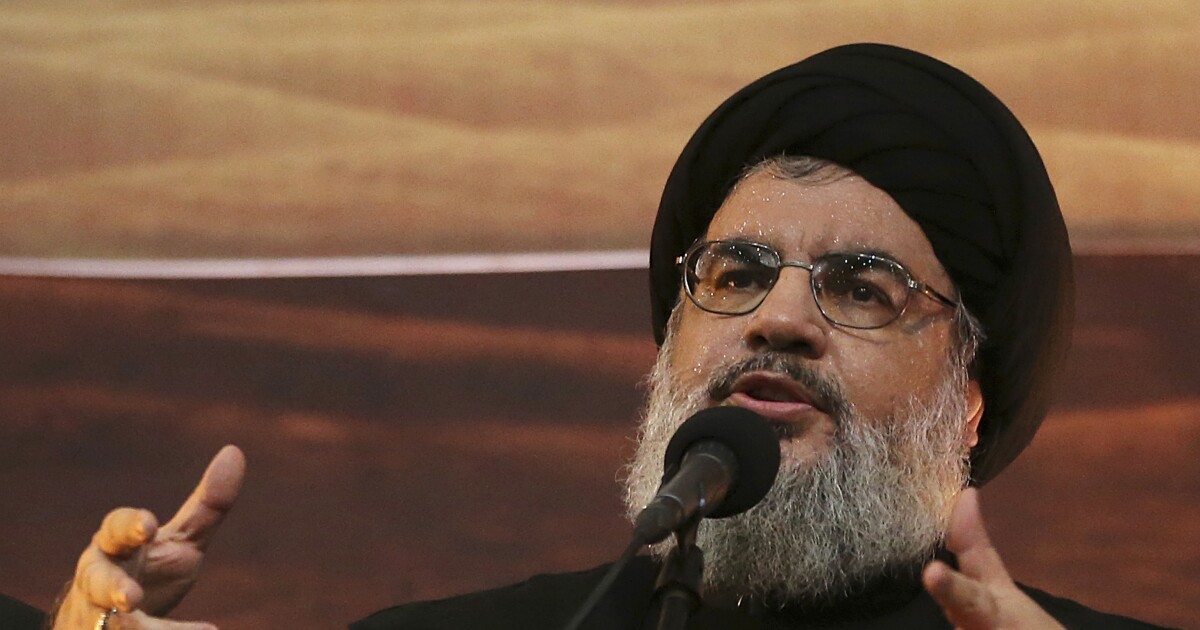 The leader of Lebanon’s militant Hezbollah group on Friday indicated his support for a dialogue between Iran one one side and the U.S. and Saudi Arabia on the other.

Hassan Nasrallah said in a televised speech that such talks could benefit Tehran and its allies and calm tensions in the region. Iran is a top backer of Hezbollah.

The U.S. and Iran recently resumed indirect talks about getting Tehran and Washington to return to the nuclear deal. Meanwhile, Iraq is hosting talks between Saudi Arabia and Iran, as Riyadh seeks to end its years-long war in Yemen where the kingdom is fighting Iran-backed rebels.

“We support any Iranian dialogue with international, regional or Arab powers,” Nasrallah said in the hour-long speech. “We consider it as helpful to calming tension in the region.”

Nasrallah’s comments were his first since news emerged of Baghdad-mediated talks last month between Tehran and Riyadh.

There has been growing unease among Gulf Arab partners over America’s re-engagement with Iran. Through intermediaries in Vienna, Tehran and Washington have discussed a return to Iran’s nuclear deal with world powers. Former President Donald Trump in 2018 pulled America out of the deal, saying it does not do enough to prevent Tehran from pursuing a nuclear weapon. Iran insists its nuclear program is only for peaceful purposes.

Washington’s Gulf Arab allies have been pressing that a return to the nuclear deal should address Iran’s support for regional proxies, including Hezbollah.

Iran has “never sold out its allies and friends,” Nasrallah said. “It never gave them up, never comprised their interests or even negotiated on their behalf.”

He also said he cannot confirm nor deny reports of secret talks between Saudi Arabia and Syria. Riyadh has boycotted the government in Damascus since the start of the Syrian civil war in 2011.

Such talks, however, would be “logical,” Nasrallah said, as Syrian President Bashar Assad, a key ally of Tehran, has solidified his hold on power. Riyadh, along with other regional powers such as Turkey, had supported Syria’s opposition since the start of the civil war in 2011.