Explained: Why are women’s rights activists calling for a boycott of Dakar Rally in Saudi Arabia? 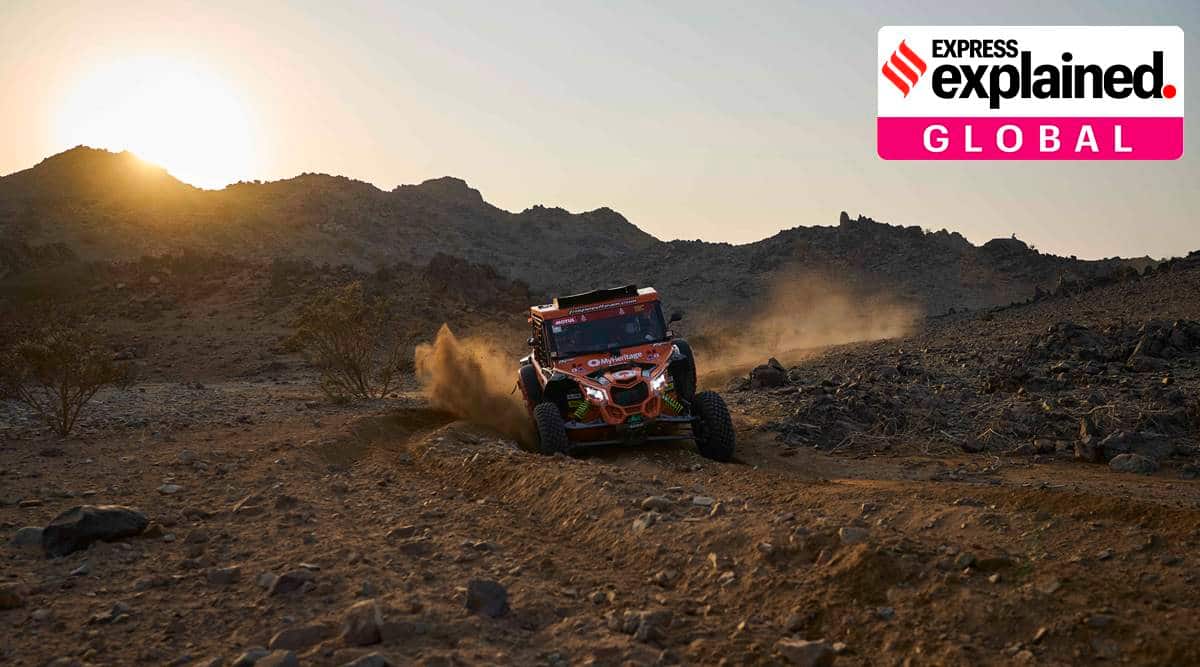 Supporters of imprisoned women’s rights activist Loujain al-Hathloul, who is widely known for campaigning to lift the ban on women’s right to drive in Saudi Arabia, are calling for a boycott of the Dakar Rally — a decades-old international motorsport event, which was flagged off on January 3 in Jeddah.

Human rights activists in the Middle Eastern country have accused Saudi authorities of attempting to “sportswash” the reputation of the conservative kingdom, while activists like al-Hathloul continue to languish in prison.

Who is Loujain al-Hathloul and why was she arrested?

Loujain al-Hathloul, 31, is one of the most prominent women’s rights activists in Saudi Arabia. She is best known for her role in the movement to lift the country’s ban on women driving and the “Wilayah” male guardianship system. In fact, it was in 2018 that women in Saudi Arabia were permitted to travel abroad without first obtaining permission from a male guardian, apply for passports, and register their marriages and divorces.

Saudi officials kidnapped and detained Hathloul on May 15, 2018. She was held without charges or trial for the first 10 months of her detention. She was detained along with nearly a dozen other women, who were also linked to the campaign to lift the ban on women driving. The crackdown took place just weeks before the ban was ultimately lifted.

In December last year, she was sentenced to five years and eight months in prison by a Saudi Specialised Criminal Court, which charged her under the state’s broad counter-terrorism laws for undermining national security and trying to change the political system of the country, Reuters reported.

But Hathloul will be released in two months time as the court has suspended 34 months of her sentence and has calculated the prison verdict from 2018 onwards, when she was first detained by the authorities.

Many human rights activists and advocates have voiced their concerns about her sentencing, calling her arrest “shameful” and wrong. Since being detained, Hathloul has claimed that she was tortured and subjected to sexual assault by prison officials.

What is the Dakar Rally and why is it controversial?

The Dakar Rally is an annual motorsport event that dates back to 1979 and is open to both amateur and professional drivers who race across rough and perilous terrain up to distances of over 500 km each day. During its initial decades, a majority of the events took place between Paris, France and Dakar in Senegal. However, the route was eventually shifted to South America due to terror threats in Mauritania.

In 2020, organisers of the race announced that it would be held in “the deep and mysterious deserts of the Middle East, in Saudi Arabia”.

This year, the off-road race was flagged off on January 3 and included racers from across the world, including 12 women. But several women’s rights activists have accused Saudi authorities of using the event to “sportswash” the country’s reputation by attempting to mask its conservative and deeply patriarchal values.

What are the activists’ allegations?

Advocates of women’s rights have said that it is ironic that the Middle Eastern country is choosing to host a motor sport event, while so many activists who fought for Saudi women’s right to drive remain behind bars.

“Women’s rights activists have endured years in prison, psychological and physical torture, and sexual abuse for campaigning for the right to drive. Many remain in prison to this day,” Lucy Rae, a spokesperson for human rights advocacy group Grant Liberty, told The Guardian. “It is utterly grotesque that at the same time Saudi authorities will host a motor sport event – including women drivers – while the heroes that won their right to drive languish in jail.”

Hathloul’s sister Lina al-Hathloul told the Guardian that the Saudi regime’s attempts at sportswashing should fool no one.

“Racers might not know it, but their participation there is to hide and whitewash the host’s crimes,” she said. “The PR machine claims that hosting global sporting events is a sign the country is opening up, but the reality is that just a few hundred metres from the course my sister languishes in prison because she campaigned for women’s right to drive. Saudi Arabia needs real reform, real human rights, not this charade.”

What is Riyadh’s stance on the issue?

While Riyadh has attempted to roll out several seemingly progressive social reforms for women ever since Crown Prince Mohammed bin Salman was appointed heir to the throne four years ago, the regime has been criticised for arresting several activists involved in the fight for women’s rights, including Hathloul.

But the kingdom continues to deny that Hathloul was arrested because of her campaigning, rather it insists that she was detained and ultimately imprisoned for attempting to undermine the royal family.

President-elect Joe Biden vowed to stand up against human rights violations in the country soon after Hathloul’s arrest was announced. His National Security Adviser Jake Sullivan said that her sentencing for “simply exercising her universal rights is unjust and troubling.”