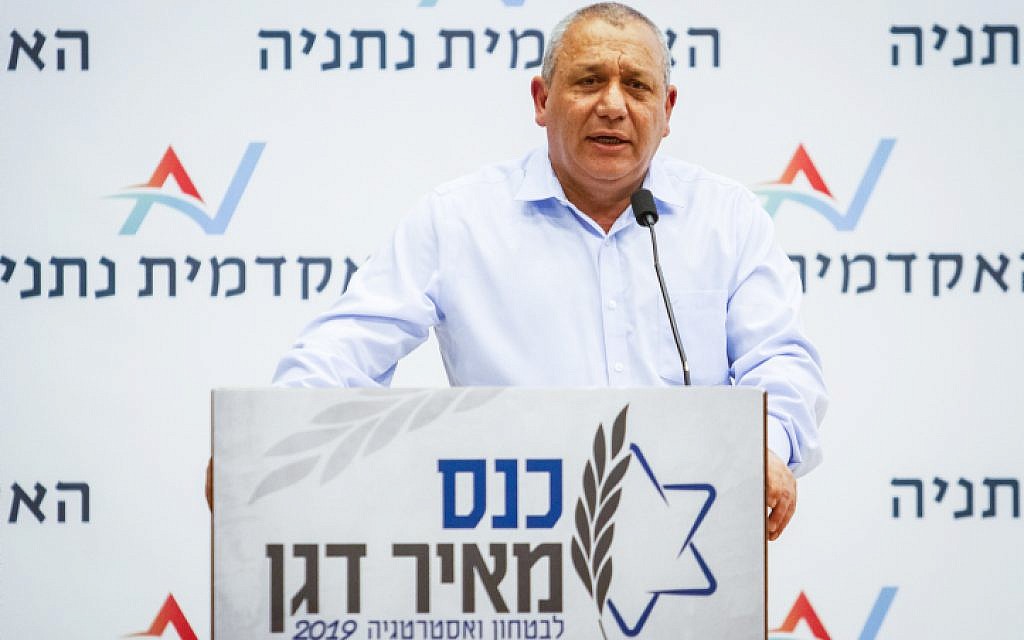 Former Israel Defense Forces chief of staff Gadi Eisenkot on Wednesday acknowledged that a renewed nuclear deal between Iran and the United States and other world powers, preventing Tehran from obtaining an atomic weapon for some period of time, would likely free up Israel’s resources for other pressing security matters.

Israel “always needs to be concerned” about the prospect of a nuclear Iran and continue to invest “significant energy” toward preventing it from obtaining an atomic bomb, added Eisenkot. But an Iran with nuclear weapons, while a serious threat, would not represent an existential threat to the State of Israel, he said.

“I don’t see any existential threats to the State of Israel,” he said, but added: “We must continue to ensure that Iran does not have atomic capabilities.”

Eisenkot made his remarks at a conference in honor of former Mossad chief Meir Dagan at the Netanya Academic College.

During his tenure as commander of the Israel Defense Forces from 2015 to 2019, Eisenkot was a rare voice in Israel’s security establishment who recognized the benefits of the 2015 Iran nuclear deal, known formally as the Joint Comprehensive Plan of Action, or JCPOA. This continued on Wednesday, with the army chief breaking with most other senior defense officials, including his successor IDF Chief of Staff Aviv Kohavi, who have publicly railed against the prospects of a renewed nuclear agreement as the US appears poised to reenter the pact that Donald Trump withdrew from in 2018.

“It allowed us to divert huge amounts of resources to other things: ground-based threats, to developing highly significant allies, to four years of fighting Islamic State, to opening up the campaign against Iranian entrenchment. It allowed us to divert major resources to resolving a number of security issues of the first tier,” he said, using the military’s term for threats directly on Israel’s borders. 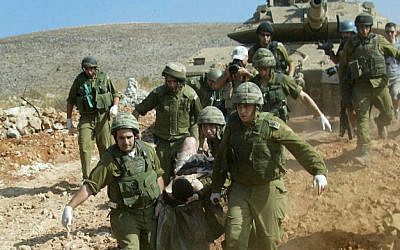 In his speech, the former army chief also discussed the threat posed by the Hezbollah terror group, with whom Israel fought the Second Lebanon War whose 15th anniversary will be marked next month.

“We did not go into the Second Lebanon War sufficiently prepared. But we’ve learned since then,” he said.

Though the interim 15 years have been relatively calm along the Israeli-Lebanese border, this time has allowed Hezbollah to massively rearm and become a far greater military threat than it was in 2006, prompting questions of whether Israel should launch a preemptive strike on the terror group before it gets stronger.  Hezbollah is developing and manufacturing precision-guided weapons, a major source of concern to Israel, second only to the Iranian nuclear threat.

Eisenkot said he generally opposes such a move, but laid out two main scenarios that would justify it.

“If chemical weapons are brought in or if there are precision weapons at a certain level, it will be necessary to consider a preemptive war. A preemptive war has advantages, but also comes with major considerations,” he said.

Eisenkot also reflected on Israel’s 11-day battle with the Hamas and Palestinian Islamic Jihad terror groups last month, lauding the military for achieving in under two weeks what it accomplished in over 50 days with the 2014 Gaza war. However, he expressed serious concern about the government’s lack of an overall strategy for the Strip and its more than 2 million residents. 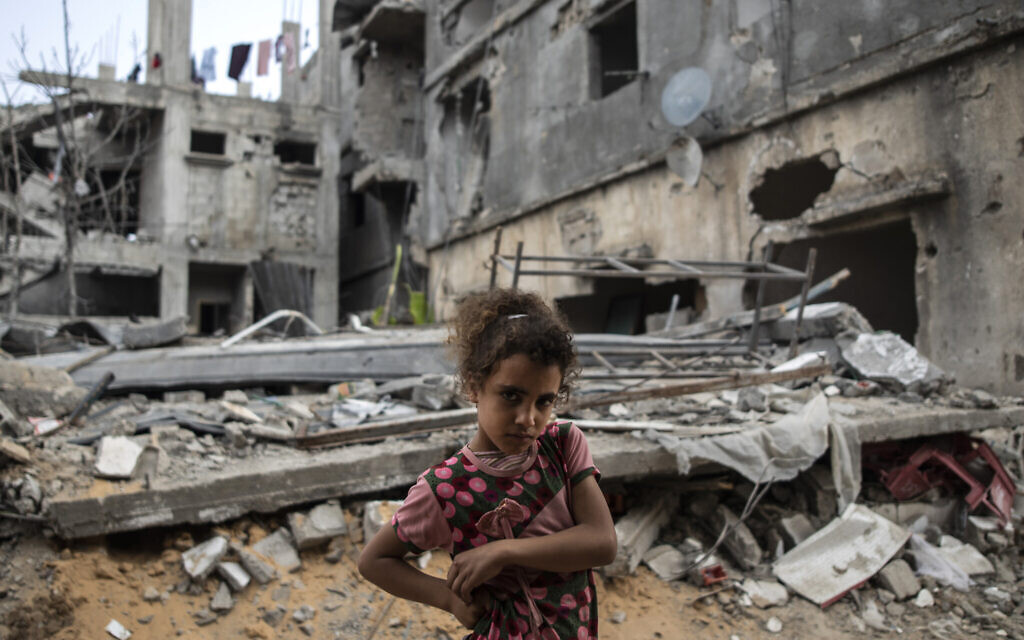 Palestinian Rahaf Nuseir, 10, looks on as she stands in front of her family’s destroyed homes, to which they returned following a cease-fire reached after an 11-day war between Gaza’s Hamas rulers and Israel, in town of Beit Hanoun, northern Gaza Strip, Friday, May 21, 2021. (AP/Khalil Hamra)

“The reality in the Gaza Strip is that it is ruled by an organization with a clear ideology against the State of Israel. Since Hamas took power, there have been four large rounds of fighting and the reality there is incredibly complicated,” Eisenkot said.

The former IDF chief of staff noted that while the military in last month’s Operation Guardian of the Walls had successfully countered Hamas’s underground tunnel network — a major issue in the 2014 war — it had seriously struggled to deal with the massive barrages of rockets fired by terror groups in the enclave.

“There were achievements and also more than a few defects,” he said. 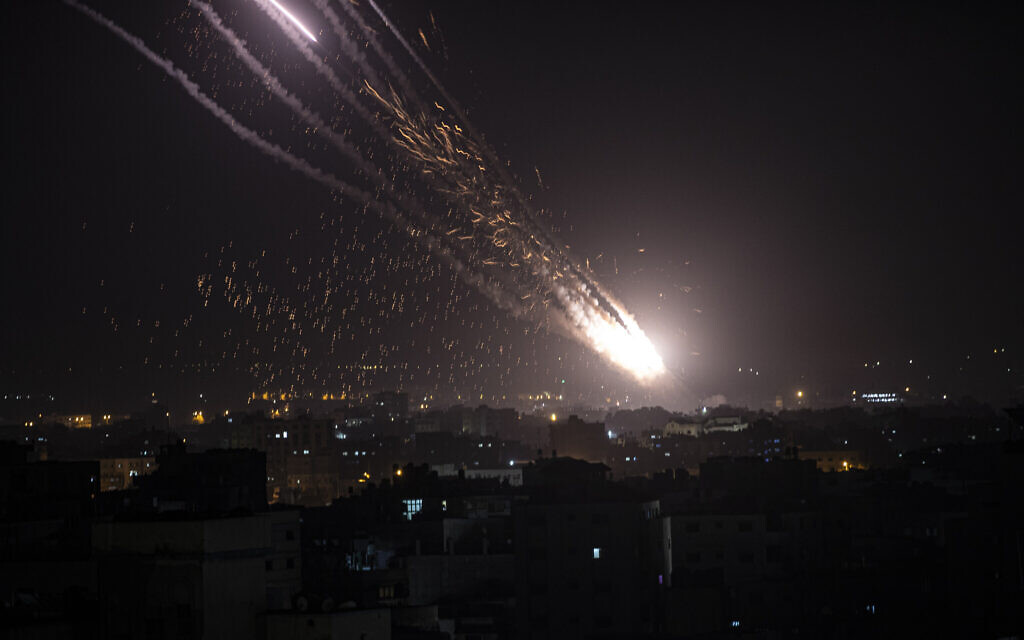 Rockets are launched from the Gaza Strip towards Israel, May 10, 2021. (AP Photo/Khalil Hamra)

Eisenkot said it was difficult to truly evaluate the success of the conflict as the IDF went into it with vague goals.

“When the target is a significant strike and seriously deepening deterrence, it is difficult to quantify the achievement,” he said.

“A large part of the problem is that our policies and our strategy are not sufficiently clear on the Palestinian front in general and on the Gaza front in particular. This just leaves the IDF and Shin Bet security service to provide a feeling of security,” Eisenkot added.

I’m proud to work at The Times of Israel

I’ll tell you the truth: Life here in Israel isn’t always easy. But it’s full of beauty and meaning.

I’m proud to work at The Times of Israel alongside colleagues who pour their hearts into their work day in, day out, to capture the complexity of this extraordinary place.

I believe our reporting sets an important tone of honesty and decency that’s essential to understand what’s really happening in Israel. It takes a lot of time, commitment and hard work from our team to get this right.

Your support, through membership in The Times of Israel Community, enables us to continue our work. Would you join our Community today?

Join the Times of Israel Community Join Our Community Already a member? Sign in to stop seeing this