The former ruling party in Tigray said it took back control of the regional capital Mekele on Monday after Ethiopia’s federal government troops controlled the city for eight months.

The Tigray Defense Forces (TDF) is “in control of Mekele and people are now dancing in the streets,” said Million Haileselassie, a DW correspondent based in the city.

The TDF is the military wing of the Tigray People’s Liberation Front (TPLF) party, which ruled Tigray until being ousted by the federal government in November 2020.

“Residents are celebrating in different parts of the city. Fireworks were seen in the sky, cars and motorcycles honking. I saw people in the streets waving regional Tigray flags, dancing, chanting, and singing,” Haileselassie told DW.

The news agency Reuters also reported that after rebel forces surrounded the Martyrs’ Memorial Monument, some civilians entered the streets to celebrate.

“The capital of Tigray, Mekele, is under our control,” a spokesperson for the TPLF told Reuters.

Earlier on Monday, residents reported seeing government soldiers pack up vehicles and withdraw from positions they held in Mekele.

What has happened so far?

Last week, the TDF launched a major offensive that coincided with Ethiopia’s highly anticipated national elections, which unfolded in much of the country — though not in Tigray.

Results from polling stations have yet to be announced, but they are widely expected to deliver Prime Minister Abiy Ahmed a formal mandate.

An airstrike last Tuesday in Togoga, a village in Tigray, killed 64 people and injured at least 180. The Ethiopian military said the strike was aimed at rebels.

The aid organization Doctors Without Borders (MSF) reported that three of its staff were found dead on Saturday.

Maria Hernandez, an emergency coordinator; Yohannes Halefom Reda, assistant coordinator; and driver Tedros Gebremariam Gebremichael were in a vehicle when MSF said it lost contact with them.

“We all today share deep sadness, anger and horror and deep condolences for their families,” MSF said a statement.

On Monday this week, the United Nations Children’s Fund (UNICEF) accused the Ethiopian government of destroying its satellite equipment in the Tigray region.

UNICEF Executive Director Henrietta Fore said on Twitter that the act “violates UN privileges and immunities and the rules of international humanitarian law regarding respect for humanitarian relief objects.”

Also on Monday, the Ethiopia government declared an “immediate, unilateral” cease-fire in its Tigray region after the TDF rebel forces entered the regional capital.

The federal government said the cease-fire “will enable farmers to till their land, aid groups to operate without any military movement around and engage with remnants [of Tigray’s former ruling party] who seek peace.” Ethiopia said the cease-fire would last until the end of the farming season in Tigray in September.

Reuters reported on Tuesday that Eritrean forces were no longer visible in Shire, a town north of Mekele in Tigray region. Many claimed on Twitter that the towns of Shire and Axum had fallen to TDF fighters.

Federal government on the edge

TPLF denied any responsibility and called the accusation a pretext for an “invasion.” Abiy rejected calls for peace talks as his army shelled and advanced on Tigray.

Ethiopia’s federal forces were in control of Mekele, while Eritrea’s military, albeit unofficially, had under their control the towns of Shire, Adwa and Axum, which are close to the Eritrean border.

“It may be that the assault of the last few weeks has been quite draining for the [Ethiopian National Defense Forces],” said Clionadh Raleigh, the executive director of ACLED, a real-time data collection site on political violence and protest events.

“There’s clearly some dissension between [Ethiopia’s and Eritrea’s forces], and Prime Minister Abiy Ahmed needed to effectively get over the line with the election before he made any new moves in Tigray.”

Kjetil Tronvoll, a professor of peace and conflict studies at Norway’s Bjorknes University, described the cease-fire as a capitulation.

“We have to understand that the TDF just entered Mekele and the cease-fire call from the government is more of a declaration of defeat,” Tronvoll said.

Political violence expert Raleigh agrees that the TDF “were the superior fighting force and they have been able to best the ENDF,” but believes there are other plausible arguments for the federal government to offer a cease-fire.

“It’s very likely that the UN and the international community have pushed for some sort of a humanitarian cease-fire. We were hearing about that in the last few weeks, and there wasn’t really a lot of discussion about it. And now there’s this.

“So it may be a way in which the federal government is trying to put a good face on what’s occurred. But it also very plausible because the needs were quite great,” Raleigh told DW.

It is unclear whether the cease-fire would be enforced or respected, as the offer came from the interim government in Tigray — with many of the interim officials reportedly now having left the capital city.

“There should be a cease-fire — but not [on] the empty words of the federal government today,” said Alex de Waal, executive director of the World Peace Foundation at The Fletcher School of Law and Diplomacy at Tufts University.

“What’s needed is a comprehensive cease-fire as the basis for protecting civilians, ending famine, removing Eritrean forces, and bringing about a definitive political settlement.”

Political violence expert Raleigh argues that a possible peace negotiations with the TPLF would be dangerous for the federal government of Abiy Ahmed because “the majority of people [outside of Tigray] don’t like the TPLF.” 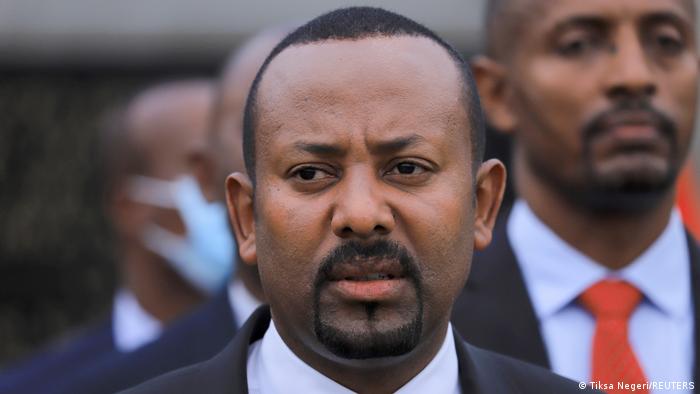 “They found the experience of being effectively run by the TPLF-dominated EPRDF an extremely bad one,” Raleigh said, referring to the Ethiopian People’s Revolutionary Democratic Front, a political coalition that ruled Ethiopian politics from 1991 to 2019.

Prime Minister Abiy dissolved the EPRDF in November 2019 and merged most of the constituent parties of the coalition, except for TPLF, into a new party called the Prosperity Party.

“[Many] don’t believe that the TPLF should be negotiated with or there shouldn’t be a transaction of power over what they believe was an illegal start to a war,” said Raleigh.

According to Raleigh, the TPLF made Tigray completely ungovernable to prevent the interim government instituted by the federal government from effectively running the region.

“The TPLF has been assassinating several government officials in the last few months … and are the ones who are being associated with the killing of the MSF staff last week,” she said.

The brutal war in Tigray has been marked by massacres, widespread sexual violence and other abuses.

The United Nations has also warned that the conflict has pushed hundreds of thousands of people to the brink of famine.

UN Secretary-General Antonio Guterres said Monday he had spoken with Abiy, winner of the 2019 Nobel Peace Prize, and was “hopeful that an effective cessation of hostilities will take place.” 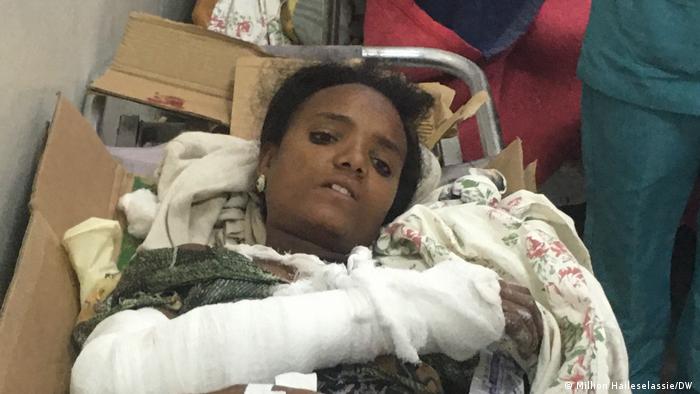 Britain, the United States and Ireland have called for an emergency UN Security Council public meeting, which could happen on Friday.

On the Facebook page of DW’s Amharic service, the reactions were mixed.

“If the people don’t support, you can’t win. The government seems to have lost its goal. It seems that they cannot protect people’s safety. It is not easy to control Tigray without respecting the people,” wrote Oumer Robie.

Wabbe Shable said: “Good news, congratulations to the people in Tigray, we are also happy.” Another user wrote: “One should wait for what is in written to be put into practice.”

A local human rights body reported that no major rights violations took place at the 404 polling stations in 99 poling districts that they monitored.

“I don’t think it’s any coincidence that [the Mekele assault] occurred after the election in Ethiopia,” said Raleigh.

Prime Minister Abiy Ahmed had touted the elections as the most democratic polls Ethiopia would ever see.

Several local and international observer missions reported minor irregularities but claimed it could not affect the overall outcome of the elections.

“In our overall assessment in the places we visited we didn’t see major massive, widespread and systematic human rights abuses,” said Daniel Bekele, head of the Ethiopian Human Rights Commission.

The commission is a government-affiliated yet independent body. Although it did not receive permission to observe the polls, the rights body still deployed around 100 staff across the country to monitor abuses.