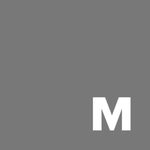 Family photographs of some of those who died in the 1994 Rwanda genocide hang in a display in the Kigali Genocide Memorial Centre in Kigali, Rwanda.

Written by The Associated Press

Ntaganzwa is accused of participating in the planning and execution of the massacre of more than 20,000 Tutsis over a four-day period during the 1994 genocide.

Bouvier’s red colobus monkeys spotted in the Congo in March 2015.

n this photo taken Monday, Aug. 11, 2014, a health worker examines patients for Ebola inside a screening tent, at the Kenema Government Hospital situated in the Eastern Province around 300 km, (186 miles), from the capital city of Freetown in Kenema, Sierra Leone.

Written by The Associated Press

Two Ebola-related deaths have been confirmed in Congo, the country’s health minister said Sunday, though local officials believe the cases are unrelated to the outbreak in West Africa that has killed more than 1,400 people.

The sky over the Democratic Republic of Congo is now dotted with two white drones–the first unmanned aircraft owned by the United Nations. They took off from the city of Goma on Tuesday, where they will help the UN better monitor rebel activity alon…

Gorillaz fans get ready, Damon Albarn — the man behind the animated band and Brit rockers Blur — is teaming up with Oxfam and some musician friends to record an album for charity in the Congo. The project, called DRC Music, is led by Albarn, with pro…

Back in June, Steve Jobs asserted in an e-mail statement that Apple requires its suppliers to certify in writing that they use conflict mineral-free materials. Now, the U.S. government has gotten into the game full-tilt, enacting a new law that requi…