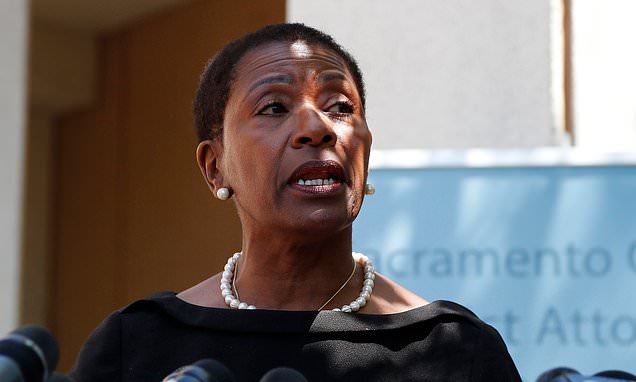 By Chris Pleasance for MailOnline

A California Democrat has been accused of breaking Covid rules with a backyard wedding that she held over the summer.

Diana Becton, district attorney for Contra Costa County near San Francisco, allegedly hosted the rule-breaking party on August 1 as she wed her husband.

Becton has admitted the party took place but denies it broke Covid rules, which at the time allowed outdoor religious ceremonies but banned wedding receptions. 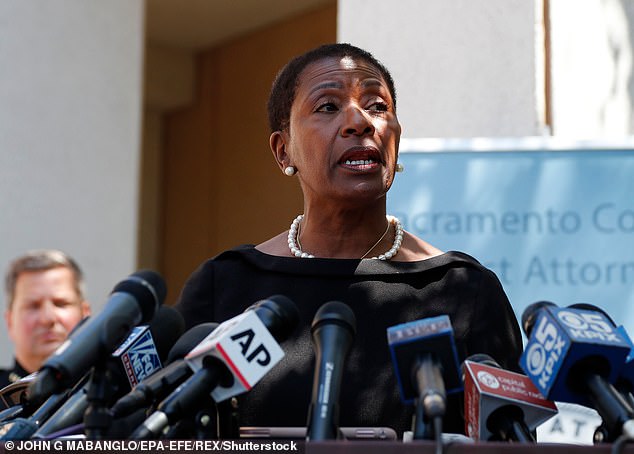 Diana Becton, district attorney for Contra Costa County near San Francisco, has been accused of breaking Covid rules with a backyard wedding that she held over the summer

It comes after California governor Gavin Newsom was pilloried for attending a friend’s birthday at Michelin-starred winery French Laundry in November.

News of Becton’s party emerged as neighbors told the San Francisco Chronicle that they had notes put through their doors in July last year warning of an event August 1 that would include ’20 to 30 additional cars’ on the street that day.

Grace Lee, who lives a few doors from Becton, recalled seeing the party over her backyard fence and confirmed there were ‘a lot more cars’ on the street than usual.

She also recalled hearing loud music and partying that continued ‘until around 9 or 10pm.’

At the time, outdoor parties were banned under California coronavirus laws that prohibited events where people were unlikely to adhere to mask-wearing and social distancing rules.

But Becton has denied that the event carried on late into the evening.

Instead, she insists the guests arrived around 3pm and left no later than 7pm after being served a meal with wine.

‘In my tradition we don’t just have a wedding,’ she said. ‘We have a wedding and then there’s usually something that accompanies that.’

Any music neighbors overheard late in the evening was likely played by her while she tidied up the event, she added.

She claims all guests were temperature tested at the door, wore masks throughout, and were sat at socially distanced tables with the people they arrived with. 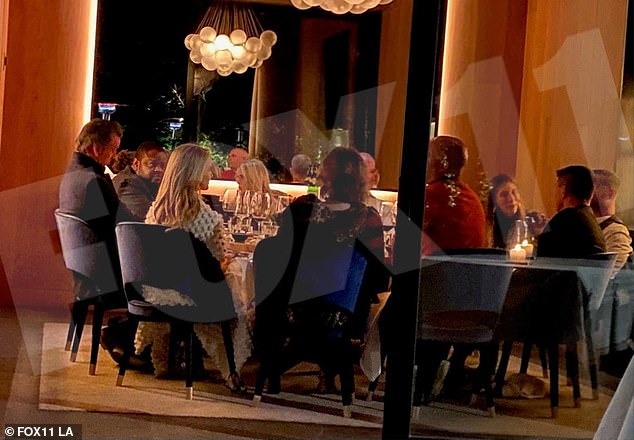 California Governor Gavin Newsom is shown above, left, sitting with ten others in the indoor/outdoor dining room at The French Laundry on November 6, without a mask. The photos were obtained by Fox 11 LA via a Twitter user

All guests were close family or loved ones, she said, adding that she sought advice from public health officials before hosting and they agreed that ‘there didn’t seem to be anything that would prohibit the event.’

Contra Costa County has been among the counties hardest hit by Covid-19, and was averaging 203 new infections daily on the day of Becton’s wedding.

But Becton insists she wasn’t aware of a surge in cases at the time. ‘I don’t know what the surge was at that time. Nobody in our event got COVID-19,’ she said.

‘I really thought I was in that arena of a cultural ceremony, so those were the guidelines that I was following.’

Other neighbors dismissed her reasoning, saying they are ‘really upset’ that a public official whose job it is to enforce Covid rules ‘got away with’ hosting a party.

Retiree Karyl Toms told The Chronicle: ‘No surprise here, the poor suckers are locked down and people who have power get to do what they want.’

Just a day before Becton hosted her event, Newsom had slammed California’s reopening plan into reverse – ordering bars and restaurants in some counties to close again just weeks after reopening while reimposing stay-at-home orders.

The reversal came amid a worrying rise in Covid cases, with health officials warning that another lockdown might be necessary unless the data improved.

Newsom later received criticism for attending another event at the French Laundry winery at a time when other Californians were being urged to stay indoors.

The birthday dinner, which was attended by a dozen other guests, did not technically breach Covid restrictions that allowed for mixed groups at restaurants.

But the scandal was hugely damaging for Newsom who had publicly urged people not to attend such events, and led him to issue an apology.

Fall-out from the event also led opponents of the California governor to issue recall petition that has reached 1.4million out of a necessary 1.5million signatures.

The petition, launched by the California Patriot Coalition, has until mid-March to reach its goal.