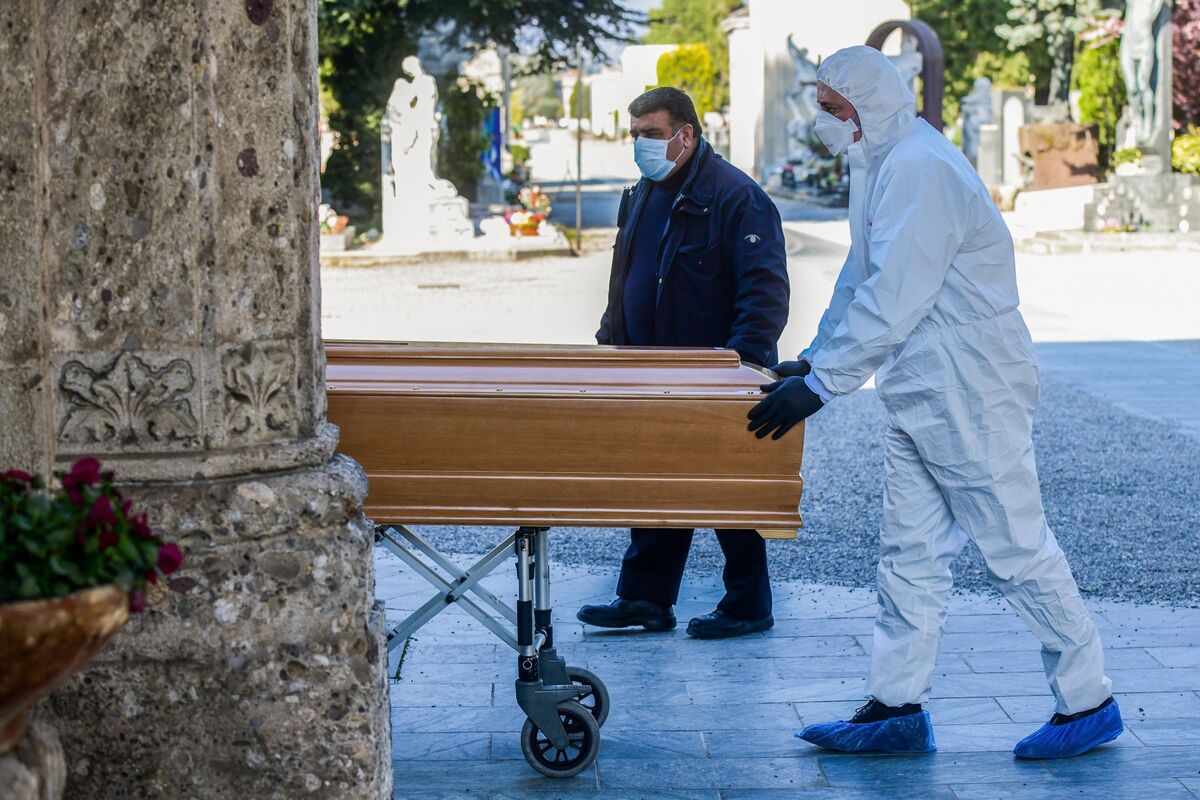 We’re tracking the latest on the coronavirus outbreak and the global response. Sign up here for our daily newsletter on what you need to know.

More than 99% of Italy’s coronavirus fatalities were people who suffered from previous medical conditions, according to a study by the country’s national health authority.

After deaths from the virus reached more than 2,500, with a 150% increase in the past week, health authorities have been combing through data to provide clues to help combat the spread of the disease.

Prime Minister Giuseppe Conte’s government is evaluating whether to extend a nationwide lockdown beyond the beginning of April, daily La Stampa reported Wednesday. Italy has more than 31,500 confirmed cases of the illness. 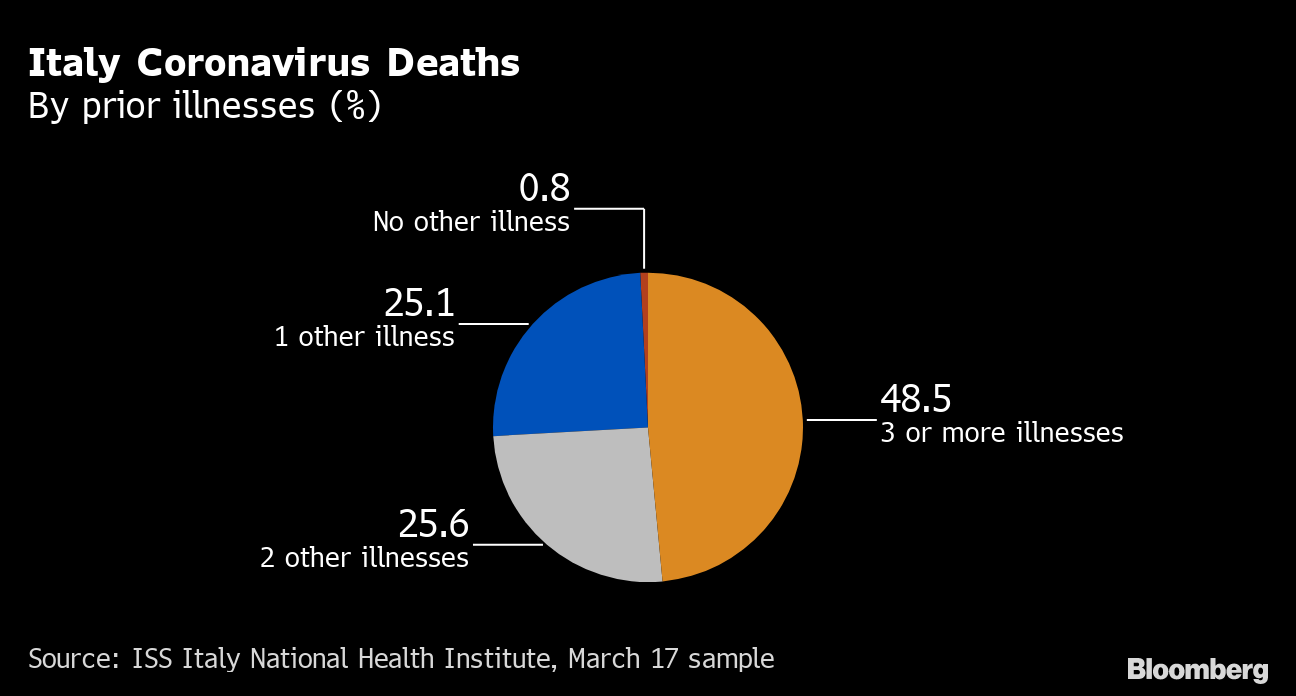 The new study could provide insight into why Italy’s death rate, at about 8% of total infected people, is higher than in other countries.

The Rome-based institute has examined medical records of about 18% of the country’s coronavirus fatalities, finding that just three victims, or 0.8% of the total, had no previous pathology. Almost half of the victims suffered from at least three prior illnesses and about a fourth had either one or two previous conditions.

More than 75% had high blood pressure, about 35% had diabetes and a third suffered from heart disease.

Threat to the Elderly 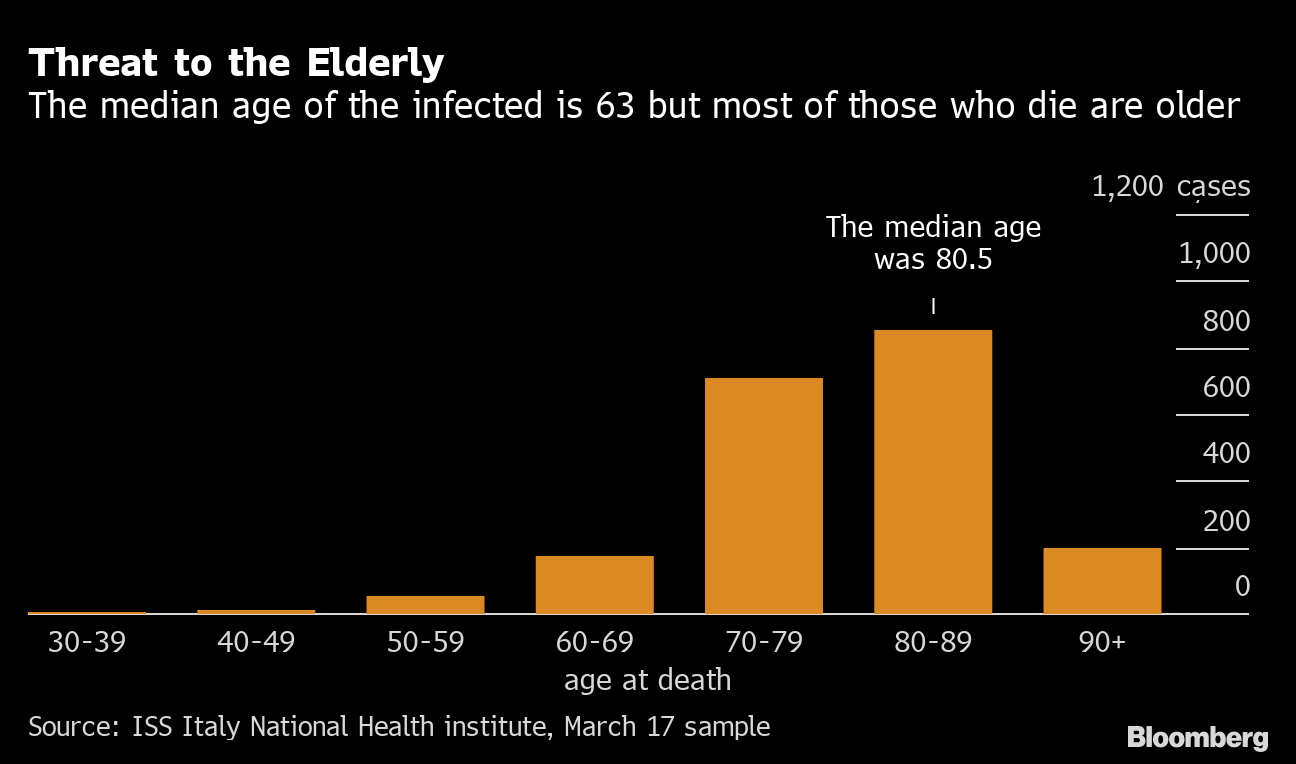 The average age of those who’ve died from the virus in Italy is 79.5. As of March 17, 17 people under 50 had died from the disease. All of Italy’s victims under 40 have been males with serious existing medical conditions.

While data released Tuesday point to a slowdown in the increase of cases, with a 12.6% rise, a separate study shows Italy could be underestimating the real number of cases by testing only patients presenting symptoms.

According to the GIMBE Foundation, about 100,000 Italians have contracted the virus, daily Il Sole 24 Ore reported. That would bring back the country’s death rate closer to the global average of about 2%.

— With assistance by Karl Maier, and Alessandro Speciale

Before it’s here, it’s on the Bloomberg Terminal.