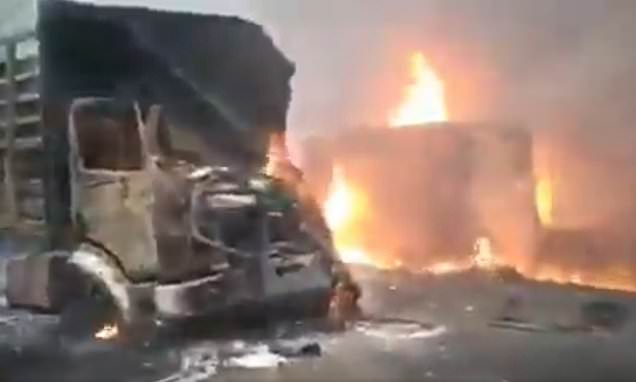 By Associated Press and Emilia Jiang For Mailonline

At least 53 people have died and 21 others were injured during a fatal collision in Cameroon early Wednesday.

A speeding fuel truck ran into a 70-seat bus before bursting into a huge blaze that swallowed the vehicles and occupants in Santchou village in the west of the central African country.

Survivors were rushed to hospitals in the western towns of Dschang and Bafoussam, Awa Fonka Augustine. 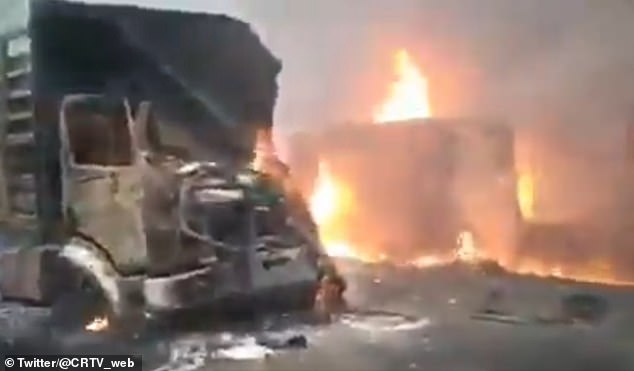 At least 53 people have died and 21 others were injured during a fatal crash in Cameroon early Wednesday, officials said. This file photo shows a view of Yaounde, Cameroon

‘A speeding truck illegally transporting fuel ran into the 70-seat bus transporting passengers from the coastal commercial city of Douala to Bafoussam, the capital of Cameroon’s West region,’ Augustine said.

‘A collision between the truck and the bus sparked uncontrollable fire which ravaged the truck, the bus and its occupants.’

The truck driver, however, escaped after the crash and Augustine has called for his arrest. 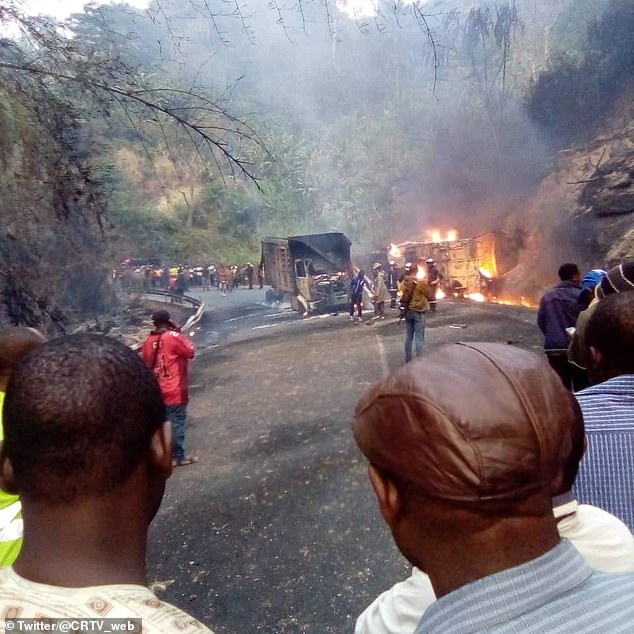 Hundreds of people are rushing to Santchou to see if their relatives are dead or alive.

‘It is impossible to identify any of the corpses I have seen. They are burned beyond recognition,’ said 54-year-old businessman Honore Nzali who is searching for his brother.

Road accidents are common in Cameroon. The government blames reckless drivers and the poor state of vehicles, while drivers blame the bad conditions of the roads.

In December, 37 people died and 18 others were seriously injured in an accident in the western village of Makenene.