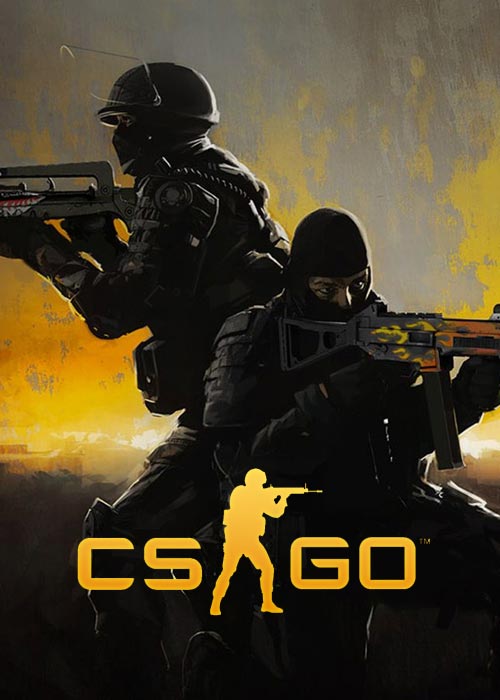 You will find the best CS GO server hosting prices on this page. Many CS GO server hosting companies tend to offer at least one flavour of Counter Strike. The current title in the franchise is Global Offensive. CS GO is relatively easy to host so this keeps the costs down. This low cost allows these companies to be competitive. Having your own server that you control will make it easier to avoid the hackers and griefers.

Global Offensive is the latest entry in the award winning Counter Strike franchise. The CS GO offers you insane potential and a very high quality game-play right off the bat. It’s a fun and varied game that brings you the ability to play as a terrorist or a counter-terrorist. You also have the chance to fulfil multiple missions in the single player mode. 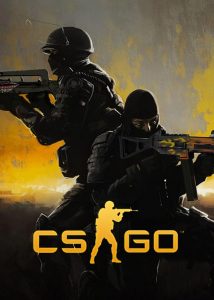 There are plenty of maps to choose from and a lot of variety can be found. Something that makes CS:GO re-playable is the cycle of beautifully designed maps. Finding nooks and crannies to hide in can be fun, as well as rushing through corridors. CS:GO can be a hectic first person shooter, especially when you are one of the last few left on the map.

One Life Per Round

When you die during a round in Global Offensive you are then out of the game till the next round. You can then spectate as the remaining players battle it out. It is because of this that you need to protect yourself more than most games. When you are one of the last few remaining it all comes down to you. Your whole team are watching and counting on you to win. This is an exciting experience, knowing that you are being watched.

Many CS GO server hosting companies find their roots in hosting some sort of Counter Strike game. The franchise has been dominating the multiplayer gaming world for over 15 years. The dedicated server files and control panel link are built into the popular TCAdmin platform. As CS:GO is readily available and working as a package to sell to server hosts its easily sold. This lack of setup costs and easy maintenance keeps CS:GO server hosting prices low.

With the ease of the CSGO server hosting being setup you need to be sure you choose a reputable game hosting company. Making sure you can find decent realistic sounding reviews is key. We watch these reviews like a hawk and flag it up when a large group of them come in together sounding the same. This is a big warning sign that the company has attempted to fool our system.

As you can see from this page, we are not short of CSGO server hosting providers. The trick is finding the right one for you, luckily you have a good choice of cheaper providers and quality ones.

Our favourite server hosting provider is GameServers.com for many reasons. They offer a dedicated CS:GO package to their customers for a fair price. GameServers.com have been around since the start of this millennium and are backed by a major web hosting company. The server host owns a large number of data-centres around the world so really know what they are doing.

If you don’t mind paying for a high quality service then your best bet is to go with these guys. The massive catalogue and continued positive reviews year on year are a sure signal they are the best CS GO server hosting provider. 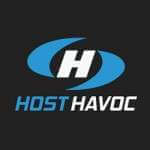 A common cheapest host across many games is Host Havoc. This success story of a game hosting company are experts in hardware and the software its running on. The have managed to streamline their service and reduce costs so much so they can be cheapest.

We get a lot of good feedback about Host Havoc continuously across all the games they offer. They have an up to date and well looked after control panel. They also have round the clocked expert staff available to help with your issues.

If you are going to rent a Counter Strike Global Offensive server host you need to check that you have the following features:

Nowadays a common feature for most game hosting companies. Auto-setup of your server is a key indicator that you are looking at an established game hosting company. If the provider you have chosen needs to manually set up your Counter Strike Global Offensive server hosting then it may be the first signal that they were the wrong choice.

As well as the usual server features:

This not so well known company have worked on a few projects with Valve and are also based in Washington, US. The company helped out with the Counter Strike franchise of games as well as the Age of Empires games. Hidden Path Entertainment also helped with models for Left 4 Dead 2 zombie apocalypse game popular on Steam.

Left 4 Dead 2 is a great co-op game that sees you work in a team of 4 tackling a zombie wasteland. The game has great character, with many funny moments chucked in to keep it less than serious. If you are a fan of carnage and zombies then check the title out. 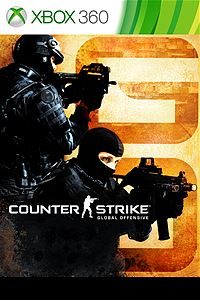 According to the official blog for the Counter Strike series of games its on multiple platforms. They claim in this blog post that it is available on Xbox 360, PlayStation as well as the PC/Mac.

It seems the decision to put CS GO on console is favoured by the gaming community. If these reviews are anything to go by, only a small proportion of people are unhappy. The main issue is going to be getting used to playing it without a mouse. If you are already a fan of console FPS games then you know what to expect.

One of the most common themes throughout the reviews on Steam is that it has a “hackers” problem. It seems that those bent on ruining the fun for everyone else gain an upper hand are allowed to do so. This is what probably drives the CSGO server hosting market, people wanting to get their own space. With your own server you can monitor who plays and as soon as you see anything you don’t like you eject them.

The good reviews are from players with thousands of hours under their belt. Typically these players describe CS GO as being easy to pick up and play casually. It’s known for its quick rounds and varied game-play. If you start getting bored you can quickly change your strategy and buy different weapons.

CS GO does not seem to be updated as heavily as it used to, though it does get new items every now and then. The game is prices at a fair $15 level which seems fair for one that is rated as “very positive” by the people that are buying it. 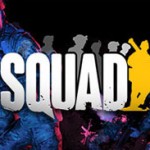 A new game recently added to the Steam platform for games is Squad. In this FP game you set out with your small team and take on the enemies using wit and strategy. You need to be able to work together with your allies in order to master this game.

The general sentiment from those buying the game through Steam is that the game is a great take on the genre. Squad has scored a Very Positive rating from the reviews it has received. Usually Early Access games have a tendency to be riddled with bad reviews from customers. This game is certainly bucking the trend and may find itself to have a large player base very quickly. 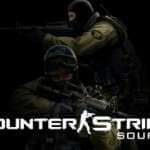 The predecessor to Global Offensive, Source was the games launch on Valve’s Source engine. The game was massively popular worldwide and set the trend for online FPS games. The graphics at the time were crisp and the game-play well ahead of anything else.

Many FPS games that came after Counter Strike Source tried to copy the best bits of the game. Regularly in the game you would witness surprise attacks or bottlenecks occurring. These natural feeling elements that spawned into the game added a real atmosphere unseen before. 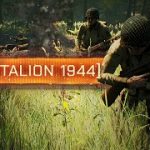 This FPS title is trying to recapture the classic feel of older games like Call of Duty in a modern package.  Battalion 1944 puts you in a team of 5 against another team of 5 players. The careful approach and attack method this game employs is designed to add a real theatre of war effect. The game is very new and seems to be attracting a lot of criticism due to it unpolished nature. This rough round the edges sentiment is common with Early Access games. 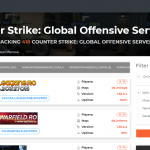 If you have ever tried looking for a new server to join you know it can be difficult. The traditional gamer server list system built into a game lacks the character needed. Our sister site BestServers has some of the best server lists around, they are extremely fast loading. Once you have rented your CS:GO server try adding it to our list, it free and will bring you increased footfall.